When 2+2 Does NOT Equal 4: Dangers in Reducing Nutrition to the Sum of Its Parts 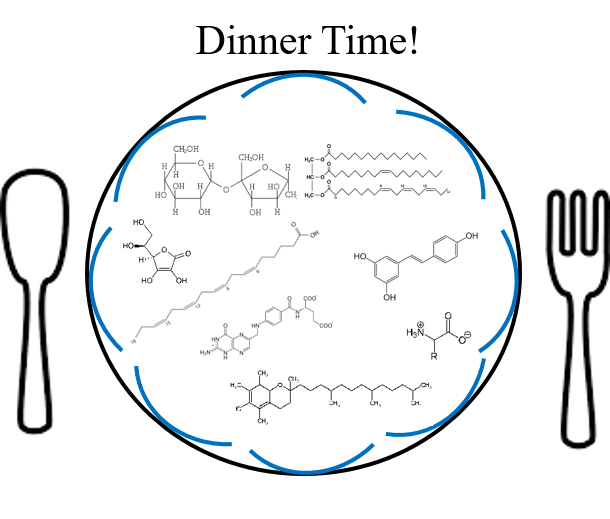 A researcher is looking at preliminary data from the CARET study when he does a double-take.  He thinks: that can’t be right- people who supplemented with vitamin A have higher frequency of lung cancer and death than people not supplementing with vitamin A. But the data were correct! People taking vitamin A were getting lung cancer more frequently. How could this happen when previous studies had suggested that vitamin A would reduce the risk of lung cancer?

The Carotene and Retinol Efficacy Trial (CARET) and a similar trial (the Alpha-Tocopherol, Beta-Carotene Cancer Prevention (ATBC) Study) were conducted because observational studies had suggested that people who consumed more food containing vitamin A had lower rates of lung cancer and death. The CARET and ATBC research groups designed rigorous, double-blind, placebo-controlled trials to investigate if supplementation of one’s diet with vitamin A would reduce the risk of lung cancer in high risk groups such as smokers. However, both trials ended early when it became clear that vitamin A supplementation did not reduce the risk of lung cancer, but in fact may have increased the risk.

The CARET and ATBC studies raised awareness in the nutrition community that individual food components do not necessarily have the same health benefits as whole foods. These trials exemplify the concept of nutrition reductionism, which is the idea that a complicated system of food is simply the sum of its nutrient parts. Unfortunately, we still have not learned from the reductionist studies from the 1990s, and reductionist thinking is still quite common. For example, any person who relies heavily on supplements while consuming a limited diet is using reductionism instead of considering food as a whole entity.  Even when people do not consciously restrict their diet or use large amounts of supplements, they still try to meet guidelines for “good” nutrients such as omega-3 fatty acids, vitamin C, dietary fiber, and others, while trying to minimize “unhealthy” nutrients such as cholesterol, salt, and saturated fats.

Is thinking about food as simple individual nutrients actually a problem? If we get all the required nutrients, does it matter in what form we consume them? Many food scientists and some nutritionists would say that the nutrients’ sources do not matter as long as they are consumed in appropriate amounts. However, there are issues with this pattern of thought. One problem is that science has not yet identified each component of all foods. For example, scientists agree that there are between 800 and 1000 different compounds in red wine.   Not all of these compounds have been precisely identified, and the compounds in each wine vary, which creates taste differences and diverse nutrient profiles. Some research studies investigate only one compound from red wine, such as resveratrol, and this reduction from hundreds of components into one component results in conflicting research outcomes. While some research shows that resveratrol benefits health by improving metabolic processes associated with aging in mice, other research finds that resveratrol has no impact on human health. And this theme is repeated many times in research, with some studies showing that individual nutrients affect health, and other studies demonstrating that the same nutrients have no health effect. Much of the resulting confusion in the nutrition sciences may result from neglecting to consider the impact of an entire food on human health.  After all, rarely are nutrients consumed in isolation, so perhaps they should not be studied solely as individual components.

Within nutrition science research, the first issue to address is research design. Research should consider turning from reductionist to “holism,” which considers the whole as a dynamic interaction of its parts and acknowledges that the system has features not contained in the individual parts. Expanding nutrition research from a nutrient-only focus to a broader view of food will require an interdisciplinary approach with integration of fields from computing to food science to public health to epidemiology and many others.

So how can we change our individual view of nutrition while still taking advantage of nutrition research? First, we can recognize that the food industry rarely produces “food,” and instead creates “food products” that are combinations of carbohydrates, fats, vitamins, antioxidants, and other components. Second, we can avoid these food products and instead choose to eat “real food” that naturally contains these components. Third, we should view nutrition research as imperfect and often too focused and understand that research frequently uses individual nutrients to declare a food “good” or “bad” without considering its properties as a whole. And finally, we can decide what to eat from this motto by popular food journalist and activist Michael Pollan, “Eat food. Not too much. Mostly plants.”  While this sounds like an overly simplified solution, it at least begins to answer the question of “What should I eat for dinner?”  The answer: not isolated nutrients, but whole foods such as carrots, broccoli, peas, brown rice, and chicken that will provide both a delicious stir fry and many essential nutrients.

2 thoughts on “When 2+2 Does NOT Equal 4: Dangers in Reducing Nutrition to the Sum of Its Parts”