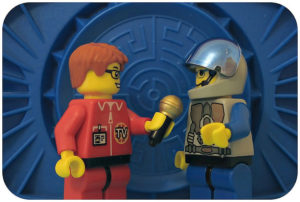 Fake news can’t be real… really. News by definition is “newly received or noteworthy information, especially about recent or important events.” If it doesn’t describe real events, then it isn’t news, but rather propaganda, misinformation, or gossip, right? Still, use of the term has ballooned since the 2016 presidential election and has since been carelessly tossed around to describe, oh, just about anything.

This is troublesome, because while most of us consider ourselves reasonably intelligent and morally fit, we are all susceptible to mistakes and naiveté. Knowing what we believe and why we believe it are two different things, and our human brains are often wired to prioritize feelings over reality, especially at highly stressful or emotional times. For example, a recent Pipettepen post describes how quick we are to see “others” who aren’t part of our group as different or wrong, rather than treating them with empathy and seeking to understand them. Even scientific experts often perform poorly at recognizing their own biases and decision-making heuristics. As rigorous discoverers of truths, how can we as academics best discern where bias ends and reality begins? How can we encourage others to do the same?

First, we can avoid being sucked in by fake news. This can be difficult because headlines often appeal to pre-existing beliefs (i.e., telling you what you want to hear). Or a headline may sound so ridiculous and mindlessly entertaining that it insidiously beckons to us as a much needed break from piles of homework and research proposals. Giving in to the temptation to click on links or read questionable material can lead any of us down a slippery slope, though; Stanford researchers found that students across all grade levels are easily duped by less-than-credible online content.

Second, if we cannot steer clear of fake news (admittedly it’s becoming increasingly difficult to unplug these days), training ourselves to discern the factual merit of the material might be beneficial. North Carolina State University researchers recently conducted an experiment and found that developing critical thinking skills reduced students’ beliefs in pseudoscience. Bonus! These skills also happen to be oh-so-important in the research process. Yet educational approaches may only be part of the answer, since we are also faced with a widening divide among Americans (including North Carolinians) of different educational backgrounds.

Unfortunately, it seems that taking the high road and pooh-poohing fake news may not be enough to halt its consequences, which can be quite hurtful to others (just ask Marie Antoinette, who literally lost her head in part due to a phrase she never muttered… brioche anyone?). The social dynamics that give rise to fake news also cannot be ignored. During the 2016 U.S. presidential campaign, contrived pro-Trump and anti-Clinton news articles put a small town in Macedonia on the map, where computer-savvy youngsters took advantage of America’s thirst for election news and recouped a tidy profit from Facebook for their efforts. To make matters worse, the mayor reported a sense of pride in the shady enterprise. Clearly, forestalling harm from fake news will require a concerted group effort with attention to both ethics and social determinants (e.g., the ability to meet basic needs).

Still, each of us has an impact, whether it is writing for classes, for journal articles, or for our friends on Facebook. After watching countless letters pour into local newspapers in the aftermath of the election that contained strong ideological viewpoints backed by no or weak facts, I turned to the UNC Writing Center, which offers plenty of pointers for avoiding fallacies in one’s writing. In short, they suggest using good premises, making sure your premises support your conclusion (and not some other conclusion or no conclusion at all), focusing your premises and conclusions on the issue at hand, and not making overly strong or sweeping claims. These words of wisdom offer timely advice for both UNC affiliates and the global community as we think, communicate, and move forward.