Global climate change: How does it happen, and is there hope? 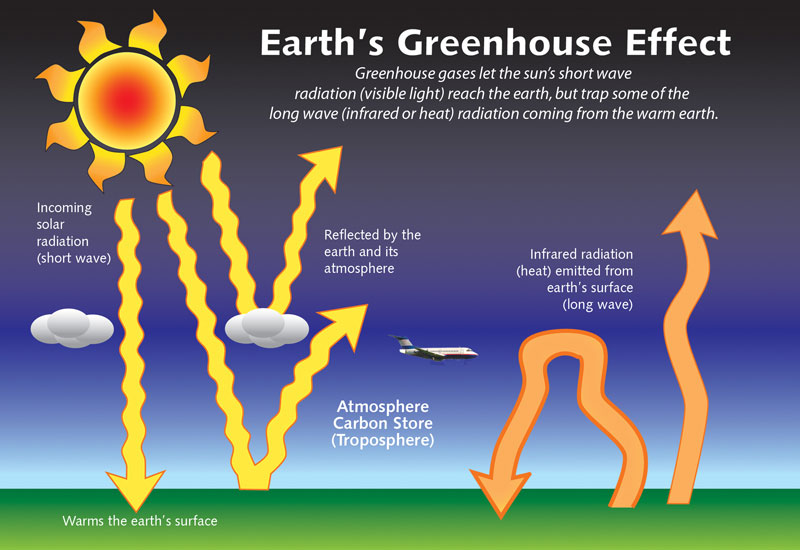 The coming of the New Year often brings about feelings of nostalgia as we reminisce about the previous calendar year. Looking back at 2015, we as humans have quite a bit to be proud of: the granting of women’s voting rights in Saudi Arabia, the development of a new highly effective drug for the prevention of HIV infection, and of course, the new Star Wars film. However, arguably one of the most significant accomplishments of 2015 was the Paris Agreement – the first-ever universal, legally-binding global climate deal.

In December of 2015, nearly 200 nations united to develop pledges to curb global climate change. The deal requires any country that ratifies it to limit its greenhouse gas emissions in the coming century with the goal of keeping global temperatures from rising. In order to understand why lowering greenhouse gas emissions – as pledged by the Paris Agreement – is so crucial to the conservation of our planet, it is important to understand what these greenhouse gases are.

The term, greenhouse gas, stems from the notion that Earth is a giant greenhouse – a contained area in which the temperature is maintained within an ideal range in order to facilitate life and growth.

This ideal temperature is achieved via a feedback mechanism between the Earth’s surface and the atmosphere; greenhouse gases within the atmosphere act as global insulators by trapping thermal energy reflected by the Earth’s surface when sunlight reaches it. This feedback mechanism, under ideal conditions, results in a life-supporting average surface temperature of 59 degrees Fahrenheit. However, when these greenhouse gases exist in excess in our atmosphere, as they do now, the greenhouse effect is enhanced, resulting in a global heating of the Earth’s surface. Since the beginning of the industrial revolution in the late 1700s and early 1800s, years and years of fossil fuel burning, domestication and manure management of animals, farming techniques, deforestation, and landfill waste build-up have led to an accumulation of greenhouse gases that has proved detrimental to our global climate. Listed below are 4 of the major greenhouse gases, where they come from, and how they contribute to global climate change.

Accompanying the attempts to limit greenhouse gas emissions within the Paris Agreement are goals to meet every 5 years to set more ambitious and focused targets, to report to each other and the public on how well each nation is achieving their targets, and to develop infrastructure such as solar and wind power to adapt to the effects of global climate change. Many climate experts agree that this pact, while not perfect, is an important milestone in the journey to curb climate change, stating, “If we’re focused, we can do this.” It appears that 2016 will be a great year for our beloved planet Earth.

1 thought on “Global climate change: How does it happen, and is there hope?”