Sarah McAunulty founded Skype a Scientist and uses science communication to get people excited about squid and science!

A group of excited children gather around a computer screen while their teacher hushes their incessant chatter. On the screen, you can barely make out the shape of a person but slowly the large pixels become smaller and more clear. “Hi kids!” From Connecticut, Dr. Sarah McAnulty waves to a classroom in Poland. Smiles light up the room and the kids give Sarah their full attention. Sarah is a newly minted Ph.D. who studies squid. Today she is showing off different kinds of squid to a Polish classroom through the Skype a Scientist program she founded. 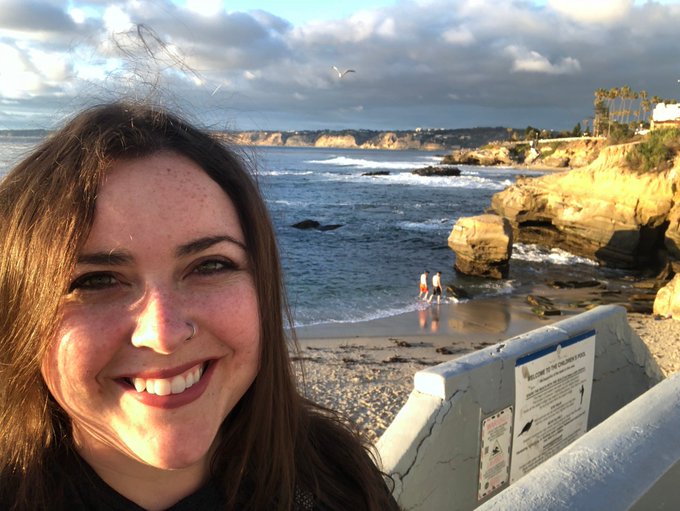 Skype a Scientist matches scientists with classrooms around the world so scientists can share their work and inspire the next generation of scientists. Sarah started Skype a Scientist during graduate school when she observed a disconnect between what scientists study and what the public knows. When scientists make new discoveries, they publish their findings in scientific journals. Very few of these findings are covered by the media so the public is usually unaware of the majority of scientific research. Further, since people are unaware of scientists’ daily activities, it can be difficult for people to relate to scientists. Sarah aims to bridge this gap not only through Skype a Scientist but also through Twitter.  One way she does this is by tweeting popular squid memes while also educating people about squid science. Recently, as part of her #squidsacrossamerica speaking tour, Sarah visited the University of North Carolina at Chapel Hill (UNC-CH). During her visit she explained the mission of Skype a Scientist, emphasizing the importance of science communication . 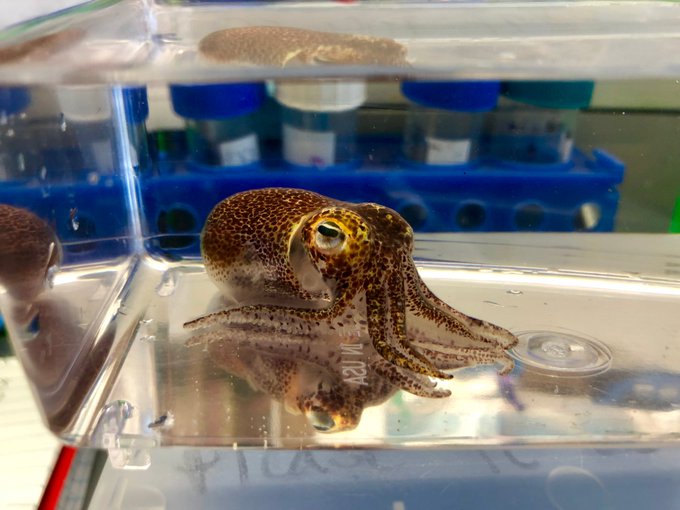 Sarah’s talk at UNC-CH provided scientists with practical ways to engage themselves in conversations with the public. Her point about the importance of engaging as much with the public as possible resonated with many. This engagement does not have to be limited to face-to-face interactions. Instead, Sarah encouraged the audience to assay their skill set to see how they can use our talents to communicate science in a way that makes sense to them. If you’re at one of the universities that Sarah is visiting, then definitely go out of your way to go to her talk! If not, you can follow her journey on Twitter @SarahMackAttack to laugh at some awesome squid memes and learn about science. 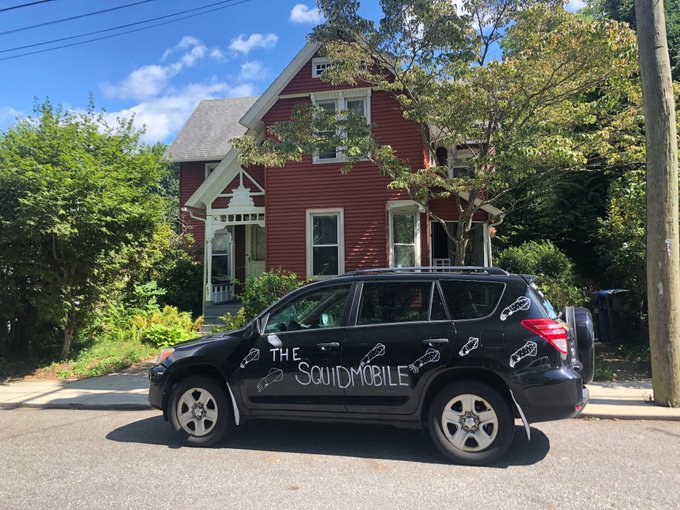