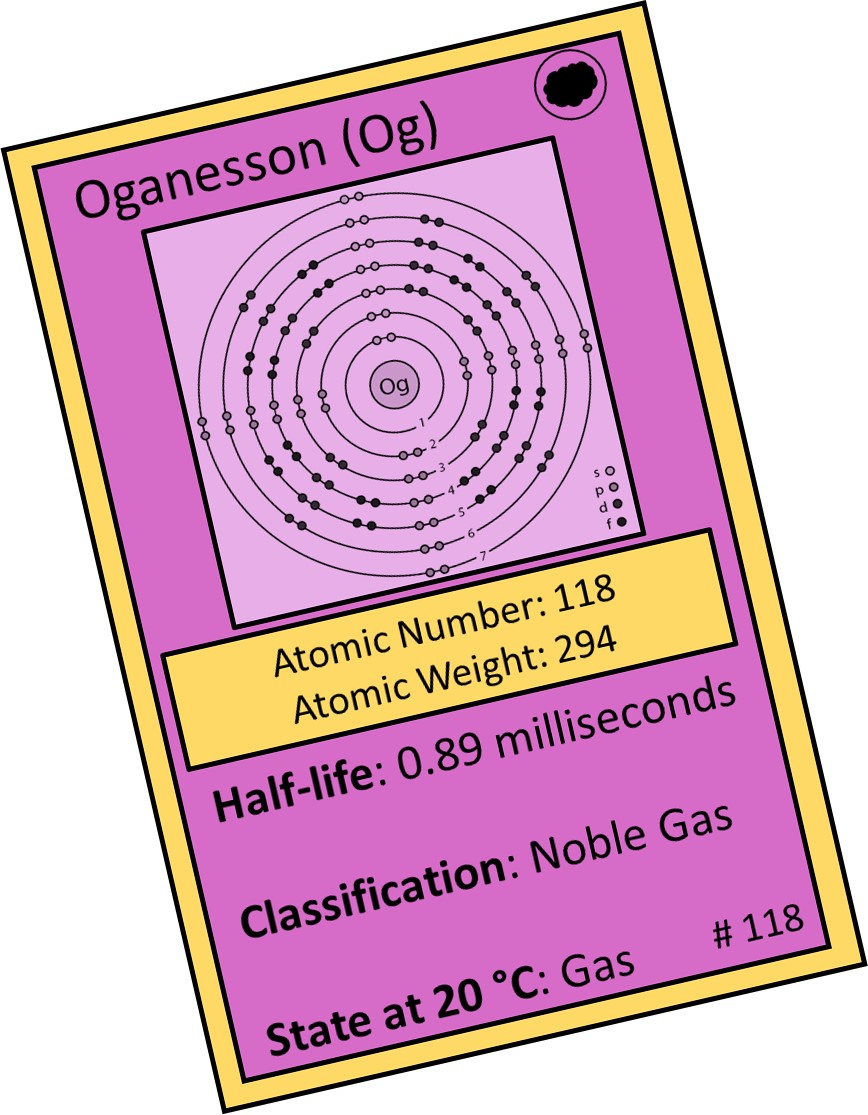 As of last month, the periodic table of elements hanging in your classroom, office, or bathroom is officially out of date. Early in December 2016, the chemistry community officially recognized 4 newly discovered elements that complete the 7th row of the periodic table. These highly elusive elements do not exist in nature and decay into other elements with half lifes ranging from 20 seconds to 0.89 milliseconds. However, scientists believed they could be created and proved their existence by briefly synthesizing them in a lab and forcing them to stick around long enough to be measured. The official recognition of the new elements by the scientific community came as a delight to science geeks, who can’t wait to hang  up a new periodic table above the towel rack.

Let’s give a big science world welcome to the four new elements! Feel free to celebrate…periodically.

Kosuke Morita and colleagues at RIKEN Nishina Center for Accelerator-Based Science (Japan) announced their discovery of nihonium in August, 2012 after smashing zinc nuclei into a thin layer of bismuth.

Nihonium is Japanese for Japan and literally means “the land of the rising sun”. It is the first atomic element to be discovered in Asia.

The names, moscovium and tennessine, were chosen to represent the homelands of the Russian and American scientists, respectively.

Oganesson was discovered by scientists at the JINR and the Lawrence Livermore National Laboratory in California.

Although the extremely short lifetimes of these new elements prevent any real world applications, their creation helps scientists better understand the atomic nucleus. Moving forward, it will become even more difficult to create elements heavier than oganesson due to their decreased stability. However, science continues to inspire researchers to dig deeper into “unknown” elements and examine more complex atomic structures. Today, scientists estimate that a total of 170 to 210 can be created to produce an extended periodic table.