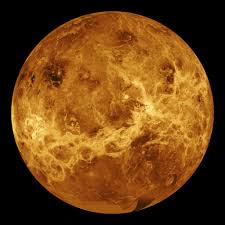 Have you ever wondered what it would be like to see the surface of another planet up close? Well, NASA researchers in Cleveland are making this possible right here on Earth. The Glenn Extreme Environments Rig (GEER) is a chamber capable of regenerating temperatures, pressures and gaseous contents of a chosen environment. In 2014, researchers at NASA used GEER to recreate the conditions found on Venus for 24 days. This is quite a feat because the surface of Venus can reach temperatures greater than 460°C (860°F) and pressures more than 1385 psi, which is about the strength of a pressure washer! In comparison, the pressure of Earth’s atmosphere is around 14.7 psi at sea level.  The clouds on Venus are also made of highly corrosive materials, including sulfuric acid and hydrogen fluoride. Not exactly a place you’d like to visit.

Although the GEER chamber seems small, with only three by four-foot dimensions, it weighs in at twelve tons. GEER is capable of injecting up to nine different gasses with an accuracy equivalent to being able to count the drops of water in a 10-gallon fish tank.

So, what is the use of such a heavy duty device? By simulating the conditions on Venus, we can design and test materials better able to handle the dangerous atmosphere, which will better allow us to generate probes, like Curiosity on Mars. Previously built probes have only lasted on the surface of Venus for a few hours!

In the future, the scientists working with GEER are planning to add viewing windows, real time gas analysis, and a chamber to generate clouds. We are coming close to creating “Venus in a bottle”!