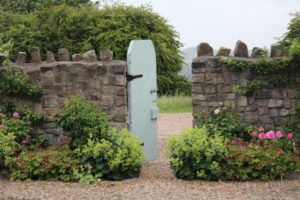 The science that plants rely on goes far beyond photosynthesis, the familiar process where plants use sunlight to help make food. In honor of spring’s pending arrival, it’s time to delve into three, unique cases where science influences the plants that color our lives.


The Power of pH

A bitter cup of burnt coffee or a sour lemon wedge can stimulate an intense response from a diner. Just as with humans, plants can respond in curious ways to the acidity (sourness) or basicity (bitterness) of the soil they live in. The acidity and basicity of soil is directly related to its pH. This characteristic is measured in pH units, on a scale that runs from 0 to 14, where 7 is neutral. Values below 7 represent an acidic environment and those above 7 indicate that the soil is basic. While these values can vary based on rainfall and the components of the soil, the typical range falls between 3 and 10, with most plants preferring a pH of 6.5.

In the plant world, soil pH can have huge consequences. The acidic or basic nature of the soil has a strong influence on whether a plant can absorb the nutrients that surround it. Plants require many elements to survive, including nitrogen, calcium, sulfur, and magnesium. While these nutrients are generally abundant in the earth, a plant may be unable to take them in if the pH is not sufficiently acidic or may take in too much if it is too acidic. A plant suffering from an iron deficiency may exhibit a yellow coloring of its leaves. In this case, there is likely enough iron in the soil but the pH is too high (basic) and the iron does not exist in a form that the plant is capable of absorbing. When the pH is too low, plants may begin to absorb too much of their required nutrients, at poisonous levels, or may even begin to absorb some components of soil that are toxic to plants. As with humans, nutrients are necessary for a plant’s survival, but an overdose, or an insufficient intake, can be problematic. In the case of plants, symptoms of this imbalance usually include the discoloration and death of leaves.

It is apparent that maintaining an appropriate soil pH is necessary for a plant’s health, but given the fact that pH levels can vary based on location and yearly rainfall, it is critical to monitor these levels. While there are commercially available digital monitors, one of the easiest methods to check to the pH is through the use of litmus paper. These strips of paper, treated with dyes, change colors based on the pH of the environment. Interestingly, a plant-based version of this litmus paper exists in many gardens. It turns out that the blooms of the very popular Hydrangea macrophylla, or the bigleaf hydrangea, will change colors in response to the pH of the soil. It has long been known that the blooms will turn blue in the presence of acidic soil and shift to a red/pink color when the soil is basic. A variety of home remedies can be used to change the pH of the soil. Adding vinegar or citrus peels to the soil can make the soil acidic and give the blooms a blue color, while powdered limestone results in basic soil and a red hydrangea.

While many experienced gardeners are familiar with this age-old practice, research over the past decade has begun to reveal that the chemistry behind the colors of the hydrangea goes beyond a simple change in pH and is directly related to the amount of positively charged aluminum ions that the plant can absorb from the soil. When there are no aluminum ions in the hydrangea, the flowers will maintain a red color. This is the result of one type of anthocyanin pigment, a colored molecule, which is present in the bloom. When the pH is lower, and the soil is acidic, the aluminum ions exist in a form that allows them to be absorbed by the roots and carried up to the bloom where they can react with the colored anthocyanin molecule to turn it blue. Basic soil, such as that treated with limestone, causes the aluminum ions to get tied up and prevents them from entering the bloom so the color change doesn’t occur. As a result, the best way to get and maintain blue hydrangeas is to treat the soil with an appropriate amount of aluminum sulfate. This will create an environment that is sufficiently acidic with enough aluminum ions to cause a color change, though this process will take multiple growing seasons. The color change, along with the levels of aluminum ions found within a blue bloom, demonstrate that the color-changing capability of the hydrangea plant is actually a measure of available aluminum ions in the soil, which is directly related to the soil’s pH.

When the soil does not provide plants the nutrients they need to survive, certain species will adjust to fit their environment. Commonly, plants will develop specialized leaves that help them to survive despite poor soil quality. One of the liveliest examples of these leaves belong to carnivorous plants, which rely on trap-style leaves to catch their prey and special chemicals, called enzymes, to digest them. The ability to absorb nutrients from prey gives carnivorous plants the chance to exist in wetlands, where the average plant would die after being unable to access essential nutrients from the soil.

The Venus flytrap is likely the most well known among carnivorous plant species. While most would associate these bug-eating plants with exotic, swampy-jungle locations, their only native habitat is actually southeastern North Carolina and northeastern South Carolina! Their bizarre ability to trap insects and small amphibians comes at a price. A significant amount of energy is required to trap and digest their prey. To prevent unproductive closing events, the Venus flytrap has a method to differentiate between a brush with prey and a false alarm. The trap is lined with hair-like structures that can sense when they are being touched. Research has shown that the plant is able to keep track of how many hair-like sensors have been touched, in a short range of time, and can recognize if there is a struggling bug in its grasp. After two sensors have been touched, a hormone called jasmonic acid is released and an electrical signal is sent through the leaf, causing the trap to snap shut and catch the prey. After the prey has touched five sensors, the plant quickly releases its digestive enzymes, which help the flytrap to absorb the nutrients from its meal. While the small creature likely stands no chance to survive the interaction, the Venus flytrap’s survival is also at risk due the large amount of energy it uses to obtain its meal. Ominously, the flytrap is only capable of closing its trap about four or five times without catching its prey before the plant dies.

Exploring a Friendship at its Roots

Though they are highly desired for their vibrant blooms, orchids are notorious for being one of the most difficult plants to maintain. While they are often considered one of the easiest domestic plants to kill, orchids are also considered fragile in the wild. Their sensitivity to changes  make orchids excellent indicators of environmental change, but sadly, it has also caused the plants to become endangered. This fragility results from the reliance of orchids on their ecosystem, or the entire community of interacting organisms around them. Research from the Smithsonian Environ­mental Research Center, has shown that orchids rely on the presence of fungi at their roots. The teamwork exhibited by the plant and fungus is an example of a symbiotic relationship in which both members benefit. While the fungi are provided with a moist, nutrient-rich home at the plant’s roots, the orchid receives help from the fungi to take in nourishment when photosynthesis is difficult. Orchids take advantage of the fact that the fungus is able to take the organic matter in soil and break it down into simple molecules, like sugar, that the orchid can then absorb for energy. It has been discovered that all orchids depend on this very relationship. In fact, an orchid will not begin to grow until the fungus enters the plant’s seed, as it is the only source of energy for the developing plant. As the plants mature, they are believed to still rely on this relationship as an alternative food source when sunlight is sparse. There is still a lot to learn about the reliant relationship between orchids and fungi, but what is certainly known about these fragile plants is that their ability to survive is a direct result of a healthy and flourishing ecosystem.

The life of plants is much more complicated than most people consider. In order to survive, plant species must develop creative ways to adapt to changes in their environment over time. Seeing these ingenious beauties firsthand may be the best way to appreciate them and fortunately, a wide variety of unique plants can be found on display at local spaces including the North Carolina and Duke botanical gardens.

One Reply to “The Curious Life of Plants: Exploring the Science within the Garden Walls”