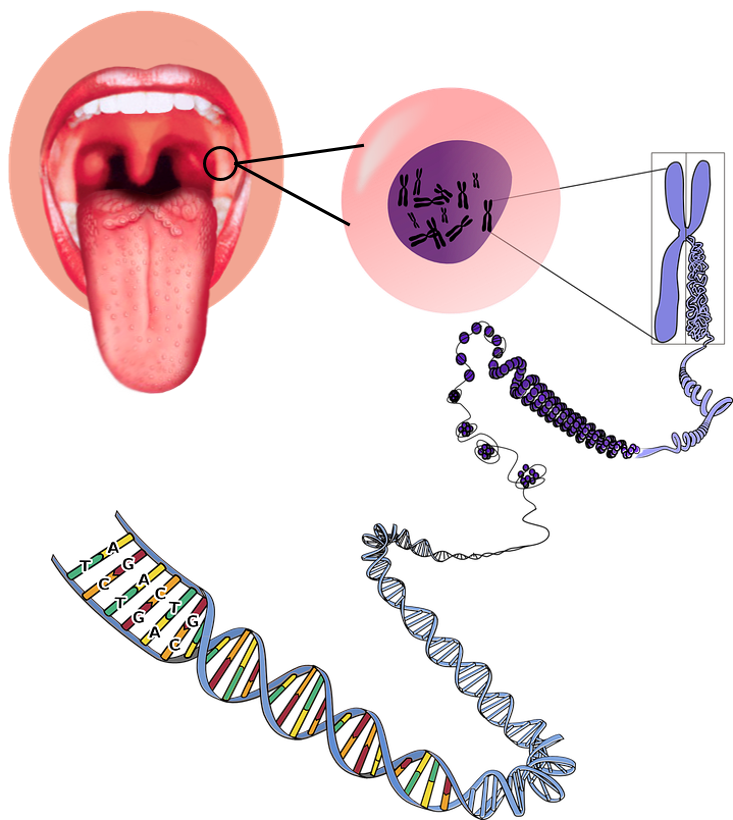 Conjuring up two milliliters of spit after not eating/drinking 30 minutes prior doesn’t sound taxing, but give it a try, and you’ll quickly change your mind. Four years ago, I sat in my kitchen wafting the scent of freshly baked brownies into my face in an attempt to make myself salivate. Voilá! I finally produced enough spit for my 23andMe kit and rewarded myself with a brownie. In 6-8 weeks, I would learn more about my health and ancestry, all thanks to just two milliliters of saliva. Best Christmas gift ever…thanks, mom and dad!

Popularity for these at-home genetic testing kits has soared in recent years. For example, AncestryDNA sold about 1.5 million kits in three days alone last fall. People love buying these DNA kits as a holiday gift, and it’s one of Oprah’s favorite things, so why wouldn’t you want to purchase one? Given the general affordability of these non-invasive tests and the variety of kits to choose from, it’s easy to participate in the fun.

I’m amazed that information about my ancestors’ migration pattern is extracted from the same fluid that helped disintegrate the brownie I just ate. In addition to the enzymes that aid in digestion, human saliva contains white blood cells and cells from the inside of your cheeks. These cells are the source of DNA, which is packaged inside your chromosomes. Humans carry two sex chromosomes (XX or XY) and 22 numbered chromosomes (autosomes). Chromosomes are responsible for your inherited traits and your unique genetic blueprint. During a DNA test, scientists unravel your chromosomes and read the letters coding your DNA (base pairs) to check for specific genetic markers.

Companies perform one or multiple kinds of DNA tests, which include mitochondrial DNA (mtDNA), Y-chromosome (Y-DNA), or autosomal DNA. An mtDNA test reveals information about your maternal lineage since only women can pass on mitochondrial DNA. mtDNA codes for 37 out of the 20,000-25,000 protein-coding genes in humans. Y-DNA test is for male participants only and examines the paternal lineage. This DNA accounts for about 50-60 protein-coding genes. Autosomal DNA testing is considered the most comprehensive analysis, since autosomes include the majority of your DNA sequences and the test isn’t limited to a single lineage. However, companies don’t fully sequence your genome because then the at-home kits could no longer be affordable. Instead the tests look at about 1 million out of 3 billion base pairs.

But how reliable are these tests if less than one percent of your DNA is sequenced? When detecting genetic markers that could increase disease risk, these tests are very accurate since scientists are searching for known genes associated with a certain disease. However, the reliability of predicting your ancestry is another story.

Using DNA to determine ethnicity is difficult since ethnicity is not a trait determined by one gene or a combination of genes. Scientists analyze only some of your genome and compare those snippets of DNA to that of people with known origins. For example, Ancestry uses a reference panel that divides the world into 26 genetic regions with an average of 115 samples per region. If your results show that you’re 40% Irish, then that means 40% of your DNA snippets is most similar to a person who is completely Irish. Each company has their own reference database and algorithm to decide your ethnic makeup, so it’s likely that you would receive different results if you sent your DNA to multiple companies.

At-home genetic tests are an exciting and affordable way to explore the possibilities of your genetic makeup and can paint a general picture of your identity. While the specifics of the ethnicity results may be a bit unreliable, at least it’s a good starting point if you’re interested in building your family tree!