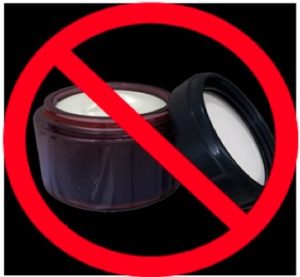 Gray hair, wrinkles, balding, crow’s feet – some wear these hallmarks of aging as a proud badge of wisdom and a long adventurous life, while others spend the latter parts of their lives fighting the signs of aging. There are a plethora of creams, lotions, diets, and therapeutics promising to make you look younger. However, a recent study suggests that the key to reversing the signs of aging and to living longer lies not in creams or lotions, but in the expression of your genes.

A recent study by Dr. Alejandro Ocampo and colleagues reversed multiple hallmarks of aging or the time-related decline in bodily functions required for survival and reproduction, in mice by expressing excess levels of four genes in various tissues and organs. The products made by the four genes are collectively called Yamanaka factors, after Nobel Laureate Dr. Shinya Yamanaka. Before the work of Dr. Yamanaka, it was thought cell programming is a unidirectional process; that is, an unprogrammed stem cell can be programmed into a skin or muscle cell, but once cellular programming has taken place, the cell cannot be reverted back to a stem cell. Dr. Yamanaka disproved this theory when he showed that excess expression of all four Yamanaka factors, which are naturally found at some level in all human cells, could revert or reprogram mouse fibroblast cells back into unprogrammed stem cells. Other techniques could then be used to reprogram these stem cells into any one of multiple cell types.

The ability to reprogram fibroblasts into stem cells opened many new avenues of research in the stem cell field. Perhaps, one of the most intriguing is the study of stem cells in the regeneration of human tissue. Following an injury, stem cells can program themselves to fill in for the injured cells, thus allowing the body to continually regenerate tissues and maintain optimum function. Because of their vital role in regeneration and tissue maintenance, we are born with large pools of unprogrammed stem cells in our bodies. However, as we age, this pool of unprogrammed stem cells decreases, and we are less able to regenerate injured tissues or organs. This leads to the classic signs of aging such as increased recovery times, susceptibility to illness, and metabolic issues. The premise of the studies by Ocampo and colleagues is that replenishing the pool of unprogrammed cells would increase regeneration in mice and reverse the aging process, while extending the organism’s lifespan. 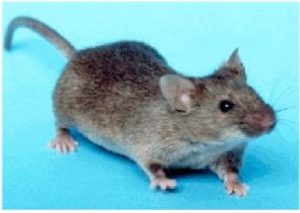 To replenish the pool of stem cells, scientists developed prematurely aging mice that produce the four Yamanaka factors in multiple tissues and organs of the mouse body. Production of the factors was placed under control of the antibiotic doxycycline, so that the cells would only produce excess Yamanaka factors when the mice were fed doxycycline. This allowed the scientists to control production of the factors and turn them on and off, similarly to how a lightswitch controls the lights in your living room. After doxycycline treatment, collagen producing cells in connective tissues of the mice were found to have increased metabolic function. In other words, these cells were more efficient at using nutrients to make energy and other biological molecules necessary for proper cell function. Furthermore, these cells were better able to maintain their DNA, as they showed less DNA damage than cells not expressing the Yamanaka factors. Because DNA damage is a hallmark of aging, these results suggest the aging process was reversed in the isolated collagen cells.

In addition to short-term effects on DNA damage and metabolic functions, Ocampo and colleagues explored the long term effects of Yamanaka factors on aging. Because previous studies showed excess expression of Yamanaka factors in mice leads to cancer, the first step to examining long-term effects was to develop a protocol to avoid cancer development in the mice. After much optimization of their inducible system, Ocampo and colleagues showed lower, intermittent doses of doxycycline resulted in excess expression of Yamanaka factors without cancer development. Even with decreased production of the factors, mice still exhibited fewer signs of aging than mice without inducible expression of the factors. The most striking evidence of age reversal in the mice was an increase in lifespan. Mice producing the Yamanaka factors lived 33% longer than mice not producing Yamanaka factors. In addition to increased lifespan, mice expressing Yamanaka factors had healthier, thicker skin, a healthier spleen, and less thinning of the gastrointestinal tract, suggesting the mice experienced a reversal in the aging process within these tissues.

Although reductions in age-related tissue damage were remarkable, aging was not reversed in all tissues and organs. There was little, if any, improvement in the aging of the heart, liver or skeletal muscle. Despite the fact aging could not be stopped or reversed in every organ, the ability for Yamanaka factors to reverse the hallmark signs of aging greatly increases our understanding of the aging process. Because aging is a large risk factor for many diseases and illnesses, comprehending the aging process could improve treatment of diseases that primarily affect the older portion of the population. Furthermore, knowledge of the aging process could lead to new therapeutic drugs to combat aging for health and cosmetic reasons. It is unlikely that a magic pill to stay young forever will be on the market in the near future. However, the work of Ocampo and colleagues will surely help pave the way in our fight against age related diseases.