This article first gives a background on Lyme Disease; what it is caused by, the symptoms of Lyme Disease infection and how it is treated, and “Post-Treatment Lyme Disease Syndrome” (PTLDS). It then goes into the research that has been done to better understand Lyme Disease transmissibility and explore ways to better treat infection or prevent infection entirely. 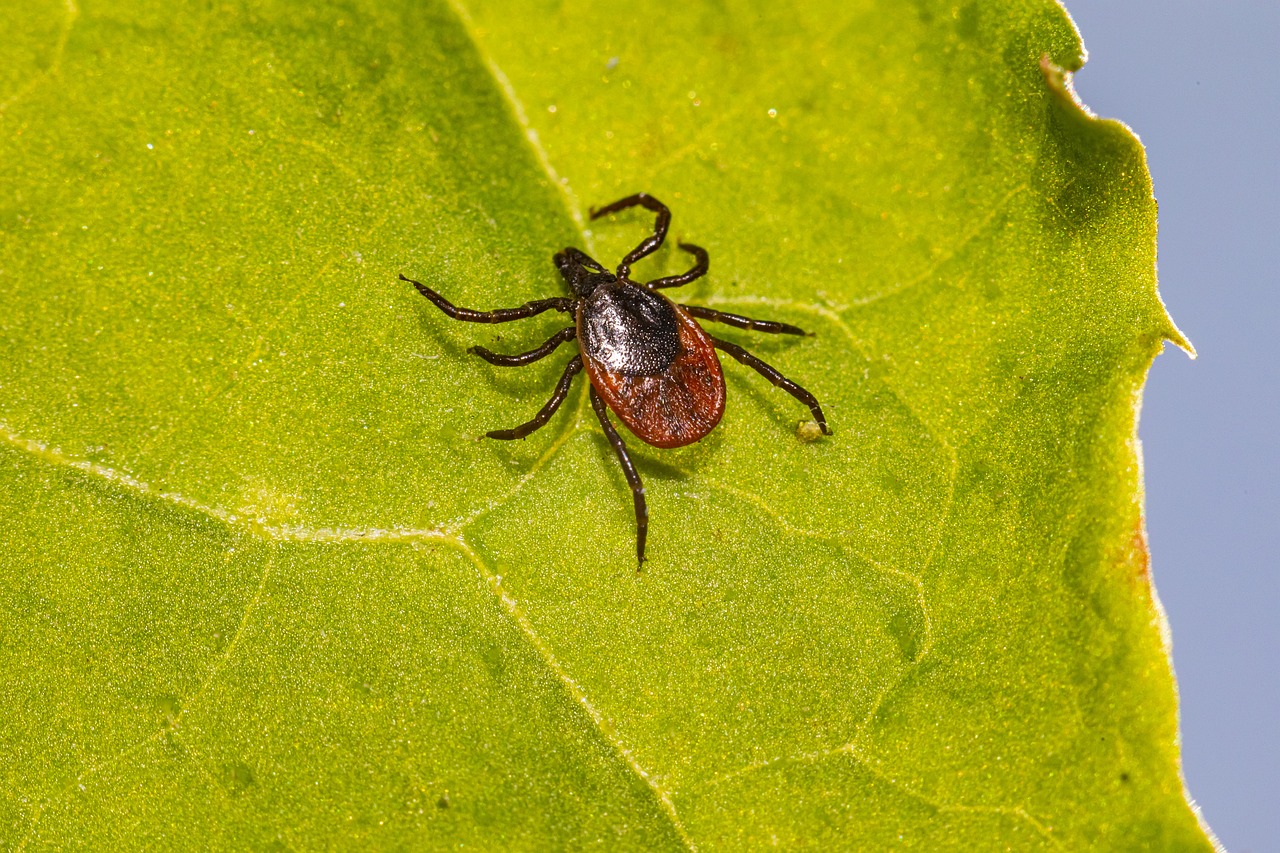 Spring feels like it has already arrived. The temperature is rising dramatically but there is no change in humidity, making it the perfect weather to take a hike. That said, when I go hiking, I routinely wear long socks and pants, check for little black dots on my legs when I get back to the car, and take showers when I get home; these practices are suggested to prevent ticks from latching onto human skin. This routine has been ingrained into me since I was a child growing up in Connecticut, the U.S. state where the first cases of the tick borne Lyme Disease were discovered.

Lyme Disease is usually caused by the bacterium Borrelia burgdorferi (or B. burgdorferi), and ticks that are infected with this bacterium transmit it to humans and other potential hosts through tick bites. If a person realizes that they have been infected (usually by noticing that a tick latched on and experiencing symptoms such as fever, headache, or fatigue, or discovering a bullseye-like rash), they can be treated with a course of antibiotics; however, if the infection is not caught, it can spread to other parts of the body (such as joints, the heart, and the nervous system) and cause long-term damage. Even when the infection is successfully treated, a portion of the population goes on to develop “Post-Treatment Lyme Disease Syndrome” (PTLDS) for many months after the infection, causing symptoms such as brain fog, fatigue, and pain. While it has been shown that prolonged antibiotic usage can help treat PTLDS symptoms, long-term usage of antibiotics can lead to adverse outcomes in patients, including death.  Concerningly, the number of Lyme Disease has tripled over the last two decades. The rise in Lyme Disease cases is likely due to a combination of factors, like the rise in the number of ticks, the expansion of their geographic range (driven by climate change), and more frequent contact with humans through changes in forestation and increased outdoor recreational activities. The rise in Lyme Disease cases and the severity of disease symptoms including PTLDS are a cause for concern, so scientists are exploring many avenues for the treatment of Lyme Disease. 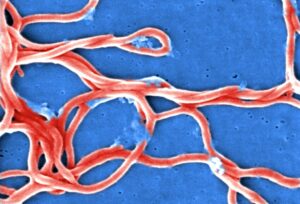 The spirochete B. burgdorferi

Antibiotics like doxycycline and amoxicillin are traditionally prescribed to treat Lyme Disease. However, the course of antibiotics used to treat Lyme Disease can damage a wide range of bacteria, including those found in the microbiome, and can further drive the selection for antibiotic-resistant bacteria. Therefore, researchers did a screen for compounds produced by soil microorganisms that would more selectively target B. burgdorferi. They found that the antibiotic hygromycin A from soil bacteria is more readily taken up by a class of spiral-shaped bacteria called spirochetes (which B. burgdorferi belongs to) and binds to their protein-making machinery (ribosomes) irreversibly, which obstructs protein production. Giving mice hygromycin A after B. burgdorferi infection cleared the infection in the mice, while causing less damage to their microbiome compared to doxycycline and amoxicillin. This discovery can potentially lead to the production of a more selective antibiotic treatment for B. burgdorferi infection and aid in Lyme Disease management.

In recent years, researchers have also developed a mRNA vaccine for tick bites, like the mRNA vaccines developed to fight COVID19. The mRNA vaccine works by delivering mRNA molecules to host cells, which instructs their cellular machine to make proteins (in this case, nineteen of the proteins found in tick saliva); since these proteins are foreign to the organism, this primes the host’s immune cells to attack the foreign body and protect against future infection. The researchers found that giving guinea pigs this vaccine lowered the transmissibility of B. burgdorferi by making it more difficult for the ticks to stay latched onto their guinea pig host and feed on their blood. Therefore, this mRNA vaccine against tick saliva may aid in the prevention of Lyme Disease.

In addition to antibiotics and vaccines, scientists discovered that it is possible to prevent Lyme Disease by altering the ticks or the bacterium themselves. The discovery of CRISPR-Cas9-based gene-editing has more selectively and effectively allowed scientists to target DNA sequences for cutting and adding, deleting, or modifying the DNA by using the cell’s own DNA double-strand break repair processes. While CRISPR-Cas9 has been injected into the embryos of organisms such as mosquitos, honey bees, and fruit flies successfully, it has previously been difficult to target tick embryos. Tick embryos are difficult to inject due to high pressures inside the embryos, hard outer shells surrounding the eggs, and a waxy layer around the embryos that needs to be removed in order to inject the embryo. However, a paper that came out in the last couple of weeks has developed a successful tick-embryo gene editing protocol that allows researchers to overcome these hurdles, paving the way for studying tick biology. This new technology allows scientists to knock out tick genes, and potentially discover genes that play a role in carrying or transmitting B. burgdorferi and other tick borne pathogens. Another set of researchers have discovered a unique modification in the peptidoglycan (or cell wall) of the bacteria that it receives from its tick host, allowing it to move more quickly and transmit disease more effectively, making it a plausible target to undermine transmission.

These developments give hope to the idea that we will be able to better combat Lyme Disease as well as other tick borne diseases, but insights from this area of research may have even more impact on the understanding of other post-infectious autoimmune diseases. The rise in patients with symptoms of long COVID has drawn renewed attention to PTLDS and other long-term illnesses such as Myalgic Encephalomyelitis/Chronic Fatigue Syndrome (ME/CFS), due to the fact that neurological symptoms are highly overlapped. Thus, continued research on the prevention and treatment of Lyme Disease, including PTLDS, has widespread benefits in the management of numerous chronic diseases.