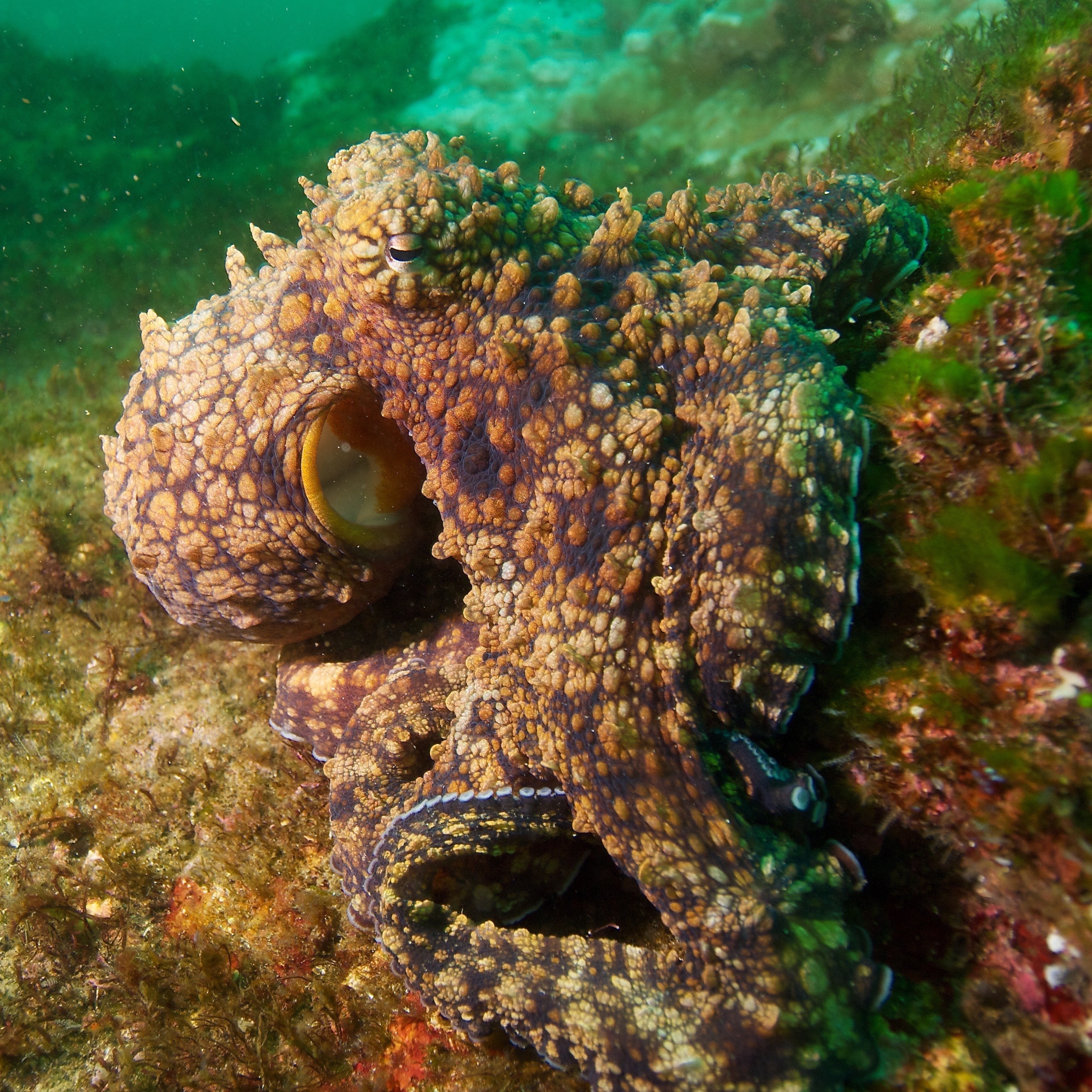 Class Cephalopoda is home to some of the most intelligent and mysterious critters in the sea. Including species of octopus, squid, cuttlefish and nautilus, cephalopods are a type of mollusk that have have lost their hard outer shells. Cephalopods get their name from the Greek word “kephalópoda” meaning “head-feet”, because their arms encircle their heads. Both squid and cuttlefish are known as ten-armed cephalopods because they have eight short arms and two long tentacles (as opposed to eight-armed cephalopods like octopuses).

You surely recognize the sly octopus and the charismatic cuttlefish, but how much do you really know about this class of invertebrates?

Check out these three fun facts:

Squid and cuttlefish may look similar, but don’t be fooled.

For a quick way to tell the two apart, watch them move underwater. Squid are fast-moving predators, where cuttlefish are slower and move by undulating long fins on the sides of their bodies. If that doesn’t work, check out their eyes: squid have round pupils, where cuttlefish pupils are W-shaped. And perhaps the easiest indicator of all? Squid have sleek, torpedo-shaped bodies, compared to the broader, stout body of the cuttlefish.

Class Cephalopoda is home to one of the most venomous creatures on earth.

The blue-ringed octopus’ venom is 1,000 times more powerful than cyanide, and this golf-ball sized powerhouse packs enough venom to kill 26 humans within minutes. It produces a potent neurotoxin called tetrodotoxin, a potentially deadly substance also found in pufferfish. The venom is produced by symbiotic bacteria in the animal’s salivary glands and is more toxic than that of any land mammals.

So, what happens if you’re bitten by a blue-ringed octopus? First, the venom blocks nerve signals throughout the body, causing muscle numbness. Ultimately, it will cause muscle paralysis—including the muscles needed for humans to breathe, leading to respiratory arrest. If you ever encounter this blue and yellow beauty, back away in a hurry—its bite is usually painless, so you might not know you’ve been bitten until it’s too late.

Octopuses are smarter than you think.

When we think of animal intelligence, it’s vertebrates like dolphins and chimps that get most of the credit. But make no mistake—the octopus holds its own in a battle of wits. Cephalopods have large, condensed brains that have sections entirely dedicated to learning, a trait that is unique among invertebrates. Octopuses’ brilliant problem-solving abilities have been documented time and time again; for example, the infamous Inky the Octopus who slipped through a gap in its tank in a New Zealand aquarium and slid down a 164-foot-long drainpipe into Hawke’s Bay. There’s also evidence octopuses have personalities, and react differently based on how shy, active or emotional they are.

There you have it! Now, go out and impress your friends with your knowledge of these quirky and intriguing invertebrates!

2 Replies to “Fun Facts About Cephalopods”