The sex differences in autoimmune diseases have yet to be clearly understood. A new hypothesis called the pregnancy compensation hypothesis attempts to pull in many factors to better explain why we see these differences between males and females. 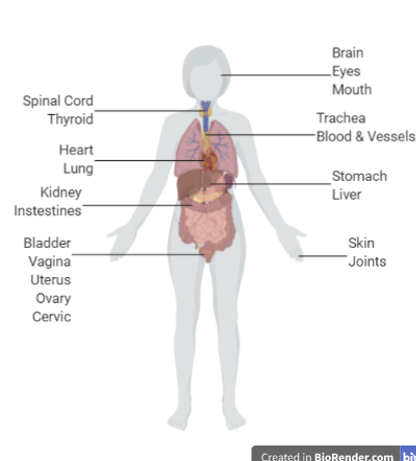 One of the most interesting aspects of autoimmune diseases is their disproportionate effect on women, with women making up more than 85 percent of the patients for some diseases like thyroiditis, scleroderma, lupus, and Sjogren’s syndrome.

The components to this hypothesis can be distilled as such:

The female immune system is more robust in both innate and adaptive immune responses.

a. The placenta and fetus put pressure on the maternal immune system during pregnancy to protect themselves from being attacked by the immune system.

b. The placenta is a highly invasive tissue, and during the process of implantation, it creates an inflammatory response in the mother during the first trimester of pregnancy.

c. In the second and third trimester of pregnancy, the placenta and fetus will shift towards creating an anti-inflammatory response in the mom.

d. The placenta produces estriol which is suggested to have a role in generating immune tolerance during pregnancy and has been found to alleviate several autoimmune diseases.

a. During pregnancy and lactation, the mom’s immune system is modulated by the placenta and fetus.

b. The conflict between the mother and fetus is hypothesized to have created selective pressure for the mom to have a flexible immune system at different periods of her life, which does not occur in males.

For the first time, humans in industrialized settings are experiencing high levels of sex hormones (e.g. estrogen, testosterone, and progesterone) due to decreases in fertility and increased calorie intake.

a. X-inactivation — in females, there are two X chromosomes, and one is silenced to ensure that genes are not “doubly” turned on (dosage compensation). However, in humans, many genes on the inactive X chromosome stay on. The genes that “escape” inactivation appear to be random when comparing individuals, tissues, and even cells.

b. Gene dosage on the human sex chromosome is a mechanism by which mom’s immune system evolved to tolerate the invasive placenta.

a. The absence of exposure to parasites and pathogens in an industrialized setting explains the increase in autoimmunity and cancer — also known as the hygiene hypothesis.

b. Human industrialization has led to fewer pregnancies.

The hypothesis has many moving parts, and many need to be still tested because they have not been proven so far. But overall, this hypothesis attempts to explain the differences in the prevalence of autoimmune diseases between the males and females by pulling in: (1) the ways evolution has shaped male and female immune systems differently; (2) the reduced amount of time pregnant and lactating in industrialized societies; (3) the environmental effects on hormone levels; and (4) gene dosage.

If you are interested in reading more, here are some additional links: