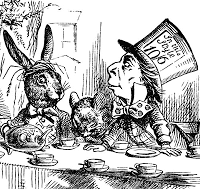 thought to be the elixir of life found in tombs of Egyptian pharaohs and Chinese Emperors, Quicksilver, also known as the element mercury, is in fact quite the opposite.

In ancient societies such as 1500 BC Egypt and the Qin dynasty in China, mercury, the only metallic element that exists as a liquid at standard temperature and pressure, was a mythical element thought to prolong life, heal fractures, and serve as the basis for transmutations. Ancient rulers were obsessed with its mythical powers; Qin Shi Huang Di of China would ingest the metallic liquid and was allegedly buried with rivers of mercury. Tulunid rulers of Egypt would float on pillows suspended in mercury, and The Temple of the Feathered Serpent in Teotihuacan, Mexico had chambers filled with it along with jade statues.

However, as the eras shifted, humans’ obsession with mercury never particularly faded. The Greeks and Romans would use red cinnabar (mercury sulfide) as cosmetics, and later mercury became a critical component in the pursuit of gold in medieval alchemy.

Today we know mercury probably isn’t the best thing to be exposed to. High-levels of organic mercury exposure as methyl-mercury can lead to Minamata disease, named after the Minamata Bay in Japan in which the Chisso Corporation would dump industrial waste into the bay exposing a large population to methyl-mercury. Generally speaking, mercury can cause muscle weakness and skin rashes. Furthermore, mercury is neurotoxic and known to cause poor coordination, anxiety, memory problems, trouble speaking, hearing, and seeing, and insanity.

The quintessential example of mercury toxicity is the Mad Hatter in Lewis Carroll’s “Alice Adventures in Wonderland” or the phrase as “mad as a hatter.” Hatters were individuals in the hat-making industry in the 1800s where making hats of rabbit fur and beaver pelts was all the rage. However, part of the process involved using mercury nitrate in turning the furs into felts. The constant mercury exposure led to mental ailments like hallucinations, hand tremors, and overtime, insanity.

Similar exposures occurred in lighthouses. The huge light in lighthouses to guide ships involved the use of mercury but not how one would assume. The huge lens had the need to rotate, thus they were suspended in beds of mercury allowing essentially frictionless movement of several tons worth of equipment with just a finger. The mercury float was first installed in Cape Le Heve in France in 1893 but was first used in Scotland in 1898.