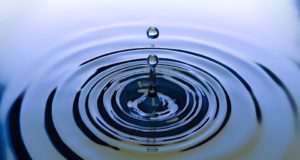 Every day the media bombards consumers with different recommendations regarding the amount of food to consume, important micronutrients to keep in mind, and general advice about what you should be putting into your body. It can be difficult, regardless of background, to discern which of these recommendations are worth following and which seem excessive.

One such popular suggestion that permeates healthy living blogs and websites is the “8 by 8” rule regarding the consumption of water: drink eight 8-ounce glasses of fluid a day. This rule has been disseminated and repeated over and over, to the point that many have accepted it as fact without considering that it is unfounded.

More recently, many articles appeared to debunk this guideline, due in part to a recent research article published in August 2016, titled: “Overdrinking, swallowing inhibition, and regional brain responses prior to swallowing”.

The researchers of this study wanted to better understand the mechanism of restoration of fluid balance after a fluid deficit, since typically the volume a person drinks in response to thirst matches the fluid lost. They postulated that the fluid balance is controlled in part by swallowing being inhibited once a person reaches an overhydrated state. The results of their study showed there is an inhibitory mechanism that can limit excessive drinking in humans; participants in an overhydrated state reported that the effort needed for swallowing increased, in comparison to their previous state of thirst. The main conclusion of this study is that the body self-regulates hydration, and it is important to listen to the signs. If you feel thirsty, drink; if you don’t feel thirsty, don’t drink. 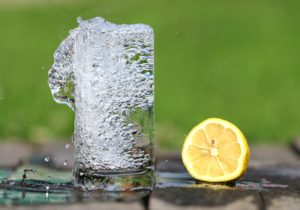 Although this study’s sample population was rather small (20 individuals), and the results were self-reported, these findings are important to consider, particularly since there is no research that supports the “8 by 8” rule. Furthermore, as more research is finding, most health recommendations should be administered on a case-by-case basis. It cannot be denied that consuming water is important, since water makes up about 60 percent of a person’s body weight and is a necessary chemical component for many of the body’s reactions to maintain homeostasis. Water is responsible for flushing out toxins, carrying nutrients to cells, moistening tissues, and myriad other important functions. However, it is critical to be wary of blanket recommendations, since overdrinking is a serious health risk that can lead to a condition called hyponatremia. Hyponatremia causes symptoms that range from nausea, vomiting, and confusion to seizures and coma. When navigating health guidelines that saturate the internet, one must consider their origin and most importantly if there is scientific evidence to support the claims made. Even when considering guidelines put forward by seemingly reputable entities, it is important to examine the evidence. Many nutrition-based recommendations, including those concerning daily water intake, are determined by a group of individuals who are not necessarily scientists. These dietary recommendations are sometimes not even based on any scientific evidence but are put forward as fact, and recommended daily water intake is a perfect example of this phenomenon.

A quick google search of the recommended daily water intake shows a plethora of blogs and articles from non-scientific sources. One of the only “.org” website that appears is the Mayo Clinic’s page, which cites the Institute of Medicine’s recommendation, which is similar to the “8 by 8” rule: 1.9 liters of water a day. Upon further investigation, in 2004, the Institute of Medicine put forward a publication with a daily recommendation of 2.7 liters of water for women, and 3.7 liters of water for men. The dietary reference intake emphasizes that this is a recommendation and not a specific requirement, because, again, there is no scientific indicators that support any specific daily volumetric intake of water.

This begs the question, what does one do when the scientific community seems unable to discern the necessary daily water intake? It seems whatever research does exist on the mechanism of fluid balance shows that the body knows what’s best and signals when things are awry. In other words, when you are thirsty, drink!