While the world is still fighting the current SARS-CoV2, another global concern is ongoing and its impact may put the world into a longer pause than it is now.

On November 4th, the US officially withdrew from the biggest international climate change agreement – The Paris Climate Agreement. At the same time, the current US president-elect, Joe Biden, has promised to re-join the Paris agreement again as soon as he is in the office. Despite the different political stances that people have on climate change, climate change is real and we are continuously experiencing its effect right here and now.

Anticipating the negative effects of climate change, many countries have banded together to address the coming climate crisis. One of the biggest of such endeavors is the United Nations Framework Convention on Climate Change that developed the Paris climate agreement in 2015. The purpose of this agreement is to tackle climate change by investing in and accelerating the decrease of carbon emissions. Countries that are part of the agreement are also encouraged to support developing nations. The agreement’s main goal is to keep global temperature rise this century (by 2100) at a maximum of 2℃ (or 3.6℉ increase) or even 1.5℃ (1.8℉ increase) above pre-industrial level – which is often defined as 1850-1900. The involvement of the US in the Paris agreement was and is important, as the US is the second biggest carbon dioxide emitter annually.

Carbon dioxide is one example of heat-trapping gases – known as greenhouse gases – that causes global warming. Among the different greenhouse gases, carbon dioxide that is mainly made by burning fossil fuels (e.g. coal, natural gas, & oil) contributes the most to the greenhouse gas pool. Naturally occurring greenhouse gases help to keep Earth habitable – for without them, Earth’s surface would be about 33℃ cooler. The natural change in greenhouse gases have been taking place over long periods of time in the past, and caused alternate periods of ice age (glacial) and warm periods (interglacial) every 80,000 years or so. This is in contrast with the increasingly fast rate at which greenhouse gases are being created during the modern era. The Earth climate is affected by many factors. However, human activity, especially since the Industrial Revolution, has really tipped the amount of greenhouse gases being emitted into the atmosphere versus the ones that can be removed. The more heat being trapped in the atmosphere by these greenhouse gases leads to rising temperatures that can shift the climate (long-term average of temperature, humidity & rainfall patterns). 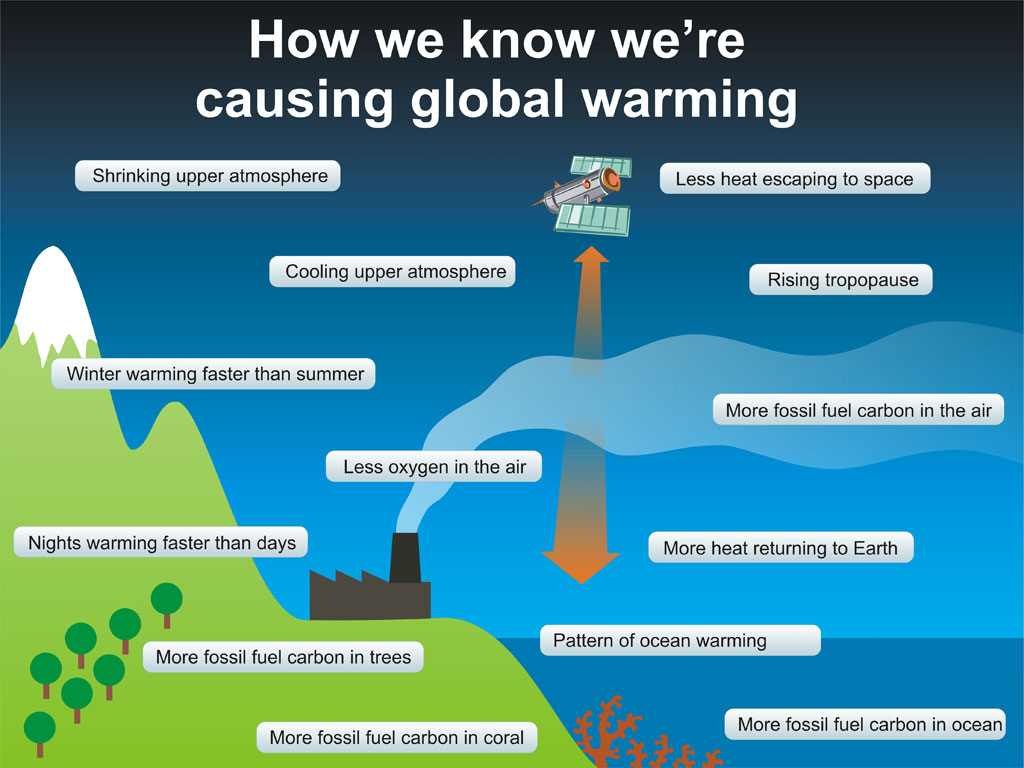 A shifting climate can have far-reaching consequences. The Paris Climate Agreement focuses on a temperature increase like 1℃ seems quite small, but a single degree increase in temperature has caused extreme weather to take place more often globally. As oceans’ temperatures rise, they evaporate more moisture to the atmosphere. This extra moisture in the air can then lead to storms. In the US alone, as of October 2020 this year, there have been 16 climate disaster events that range from drought and heatwave to hurricane and hail storms. These severe weather events have caused more than $16 billion loss to the economy.

These losses are unfortunately just the beginning. Under the current policy, instead of the targeted 1.5℃, we are well on our way to reach a 3℃ increase by the end of the century. The effect of this level of climate change extends beyond economic loss. Habitat loss (for humans and animals), shortage of food and water are currently taking place due to climate change. Increased temperature can detrimentally affect crop yield and quality, such as vegetables, legumes, and corn. As extreme weather becomes more prominent due to climate change, some areas will be more likely to experience drought while others flood. The unpredictability of the weather means unpredictability of water supply, not only for humans but also for vegetations and animals. As food and water shortages become more and more real, our human population is also increasing. This is a concerning issue as when there is so much demand yet little supply, a global conflict may await.

To prevent the damage caused by global warming from proceeding, it is extremely important to slow down the rate at which we are warming this planet. Reaching the 1.5℃ target may be very challenging. However, any effort that could help us get closer to that goal is better than none. Having a government that cares about climate change issues is important. Governments can roll out policies that mandate different sectors, such as the ones that are mentioned by Bill Gates here, to reduce greenhouse emissions on a large scale. However, as individuals we can also contribute to the reduction of greenhouse gas emissions by tweaking a thing or two on a daily basis. At the end of the day, we only have one place to live in. The Earth has been nourishing us so far – it’s our responsibility as an individual and as a global community to make sure that we take better care of it, for the Earth and also for the generation that comes after us.