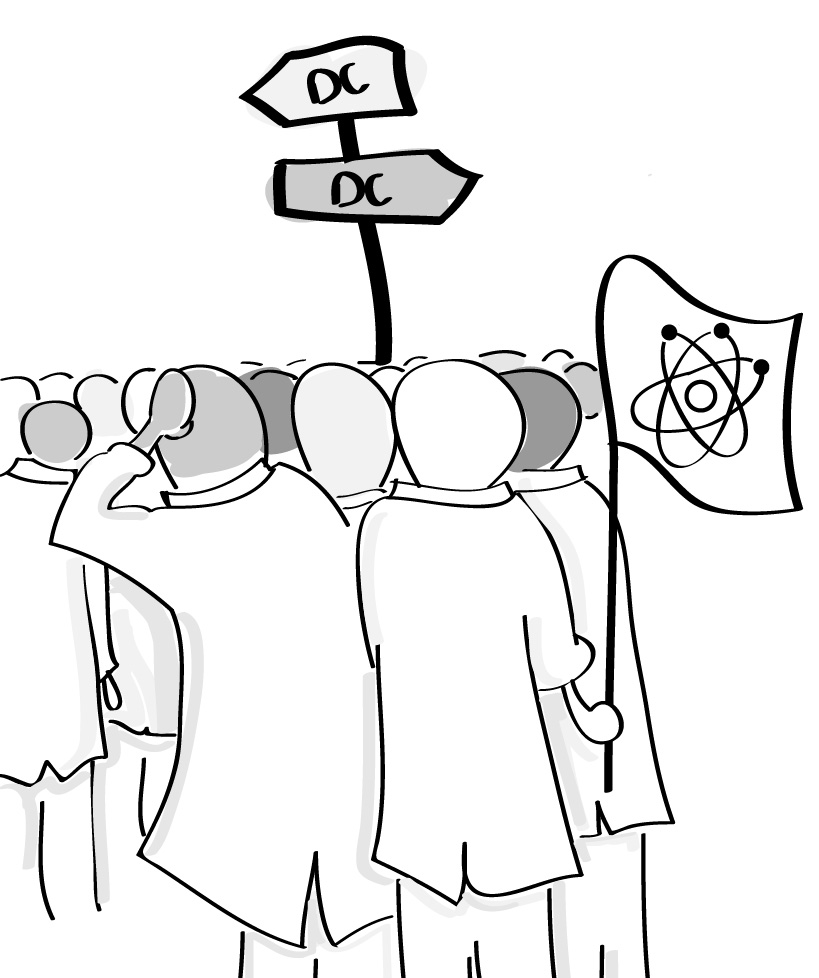 The March for Science has drawn widespread support from a community anxious about the state of science under the new Trump administration. But while many are strongly in favor of such a march, the event has spurred a debate among scientists about what the role of the scientist should be in politics, and if holding a march is even a good idea.

The March for Science is scheduled to take place on April 22 (Earth Day), with a central march planned for Washington DC, along with more than 250 smaller satellite marches occurring around the world. On the event website, March for Science organizers state that their goals are to humanize science, partner with the public, advocate for accessible science, support scientists, and affirm science as a democratic value. There is also clearly an underlying motivation to push for more scientifically driven policy decisions in the US government.

Initially proposed in a Reddit thread discussing the removal of references to climate change from the White House website, organizers of the March for Science have since made efforts to craft the event as more apolitical; more pro-science than specifically anti-Trump.

Still, there have been several vocal objections to scientists participating in an organized protest in DC. Notably, the Independent reported that a former science advisor to President Obama, Dr. James Gates, was concerned about the possibility of violence at the march and that having scientists speaking on political issues may do more harm than good.

Perhaps most visibly, Dr. Robert Young, who is the director of the Program for the Study of Developed Shorelines at Western Carolina University, wrote an op-ed in the New York Times last month in which he argued that the march “will serve only to trivialize and politicize the science we care so much about.” Rather, Young has proposed a strategy of greater engagement at the local level, with the goal of educating the public about who scientists are and what is involved in their work.

Not unsurprisingly, Dr. Young’s message was received with mixed feelings by march supporters, with several critical responses published online (see below for relevant links). Some have argued that this is in fact the perfect time for scientists to take a political position. Others have taken a more measured stance that this is not about politics but about scientists standing up for reason and truth in the face of rampant misinformation and “alternative facts.”

Dr. Young has since responded to the criticism in an email published by a recipient on Twitter, in which he softens some of his initial concerns about the march being overtly political, apparently responding to a change in the march name from “The Scientist’s March on Washington,” to the less political “March for Science.” 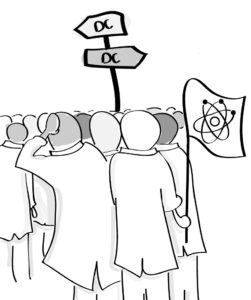 Whether the March for Science is labelled as political or apolitical on its surface, it represents a pervasive anxiety among scientists that has peaked since the inauguration of President Trump, and it is by no means the only example of scientists recently raising their voices.

This anxiety has come on the heels of several executive actions that many have interpreted as threatening the future of science in the US. Executive orders, such as the now infamous travel ban, directives to dismantle regulatory laws protecting ground and surface water, as well as orders to freeze grants and rumors of significant budget cuts at the EPA, have set off alarms in the scientific community.

In response, scientists from around the country have organized protests, penned letters to congress and the president, and published strongly worded statements against the Trump agenda.

Just this past month scientists in Boston gathered in Copley Square outside the annual AAAS conference for a Rally to Stand Up for Science. This past December, scientists attending the American Geophysical Union conference rallied in San Francisco. There is also a growing push for scientists to leave the bench and run for political office, with organizations like 314 Action working to train and support scientists in taking public office. Notably, UC Berkeley Professor Michael Eisen has indicated he intends to run for senate in 2018, stating in an interview with The Mercury News that “there has been a growing sense of frustration among scientists about the way decisions are made in politics — in particular, the way science is integrated into decision-making.”

The tone and content of these protests depict a community with a range of concerns. There is an obvious frustration that human caused climate change and environmental protection continue to be partisan political issues. But there is also a deeper concern that the role of science in society is neither well understood, nor fully appreciated.

Clearly, the debate over what responsibility scientists have as advocates for science in government and society is just getting started. Though it may be difficult and contentious, it is a vital discussion to have. The success or failure of the March for Science does not necessarily depend on how political it is or isn’t, but on what comes after.

Scientists face an obvious problem with how large portions of the population lack a strong understanding of science, its role in their lives, or how it can help us progress as a healthy, equal, and secure nation. The only way to combat misinformation and populism is through education and engagement. If the march motivates more scientists to reach out to their communities, to teach, to write, to make art, and to run for office, then in my opinion it will be an outstanding success.

Why I’m Marching For Science — by Eric Holthaus

Why I’d Rather Not March — by Adam Frank