Molds, Mealworms, and Missed Opportunities: How We Think About Young Scientists 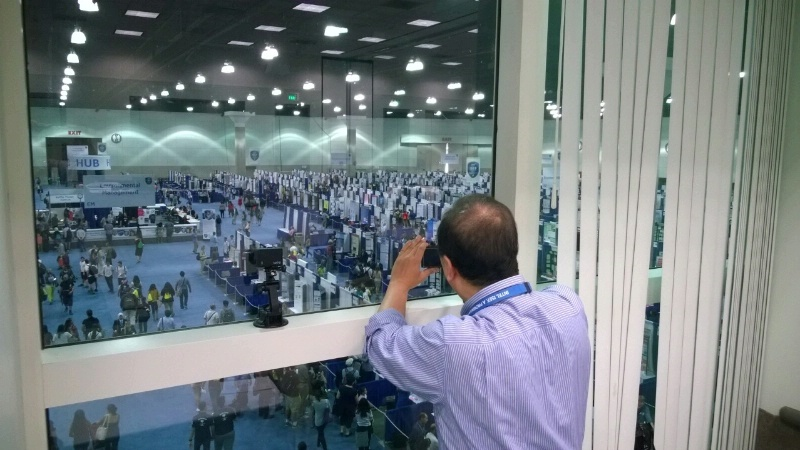 It’s no exaggeration to say that the discovery of antibiotics revolutionized medicine. For the first time, doctors had a powerful, reliable tool for treating deadly infections. We usually credit the discovery of the first antibiotic, penicillin, to Alexander Fleming in 1928. However, the ability of Penicillium molds to stop infections was actually discovered some 30 years earlier – by someone 24 years younger.

In 1896, a French medical student named Ernest Duchesne made a key stride toward the development of antibiotics as part of his thesis, yet it was all but forgotten until a few years after Fleming received the 1945 Nobel Prize. Though it is unlikely that the antibiotic that Duchesne observed was actually penicillin, as discussed here, his work should have received far more recognition than it did. Fleming was an excellent researcher, to be sure, but had Duchesne’s work been acknowledged instead of ignored by the Pasteur Institute, it’s hard to imagine that Fleming would have been credited with the key penicillin breakthrough.

Sadly, Duchesne’s story is not unique in the scientific community. Though science has sought to value knowledge above all else, countless examples exist of findings being ignored due to biases about what makes a good scientist. In fact, even Duchesne’s work may have come from watching Arab stable boys treat saddle sores by allowing mold to grow on saddles, which raises further questions about attitudes toward non-Western knowledge – a contentious topic that I won’t delve into here. Instead, I want to consider how the scientific community views young scientists and how our assumptions hurt more than help the pursuit of knowledge. (Note: I use “our” here and throughout to acknowledge that grad students like me and other young academics can be victims of elitism while also perpetuating it against other young researchers.)

“But wait,” you might say, “surely we’ve gotten better at valuing young scientists in the past 100 years!” To some degree, you’re right – as a young researcher myself, I’ve felt generally supported and respected in academic circles. Yet, despite substantial progress, there is still a barrier between our young people and widely-accepted, legislation-informing science.

For instance, a recent discovery in the battle against plastic waste was the ability of mealworms to break down styrofoam. Once the worms eat the styrofoam, explains one of the two highly impactful 2015 articles, the bacteria in their guts can completely digest it. It was a fascinating finding, but it had already been made in 2009 by a 16-year-old. Tseng I-Ching, a Taiwanese high school student, won top prizes at the Intel International Science and Engineering Fair (ISEF; typically held in the U.S.) for her isolation of a styrofoam-degrading bacterium that lives in mealworms. Yet, there is no mention of her work in the 2015 papers. Even working with scholars from local universities and excelling at the ISEF – the world’s largest pre-college science fair – is not enough for a young researcher’s work to break into the bubble of academia. Prize money and prestige are certainly helpful for kickstarting an individual career, but allowing valuable research to go unnoticed holds science back for the entire community.

Now, any researcher can tell you: science isn’t easy. Producing data that you can be confident in and that accurately describes an unknown phenomenon is both knowledge- and labor-intensive. We therefore tend to assume, maybe not even consciously, that young people lack the skills and expertise needed to conduct good, rigorous science. Surely much of the work at high school science fairs, for example, has already been done before, and what hasn’t been done must be too full of mistakes and oversights for professionals to bother with, right? In fact, that’s not a fair assumption for large fairs like the ISEF, where attendees have already succeeded at multiple levels of local/regional fairs and are judged by doctoral-level researchers. Had established scientists paid attention to Tseng’s work, research on breaking down styrofoam could be years ahead of where it is now. Perhaps we should be considering how these students’ projects can feed the current body of knowledge, instead of just giving them a prize, fawning over their incredible potential, and sending them on their way.

A speaker at a workshop I recently attended about research careers left us with a memorable quote, to the effect of: “An academic’s greatest currency is their ideas.” When academia ignores young researchers, we’re essentially telling them that their ideas are not yet valuable. One group working to prove this wrong is the Institute for Research in Schools (IRIS). Founded in 2016 and operating in the UK, IRIS works to get school-age students working on cutting-edge scientific projects. In working with the group, Professor Alan Barr (University of Oxford) noted that his project

“…has morphed into something that’s been taken in so many different directions by so many different students. There’s no way that we ourselves could have even come up with all of the questions that these students are asking. So we’re getting so much more value out of this data from CERN, because of the independent and creative ways in which these students are thinking about it. It’s just fantastic.”

IRIS often encourages its students to publish in professional scientific journals, but even if a young researcher’s work is not quite worthy of publication, acting like they have nothing to contribute is foolish and elitist. In the Information Age, it’s easier than ever for curious, passionate people to gather enough knowledge to propose and pursue valid research questions. We might be surprised at the intellectual innovation spurred by browsing projects in IRIS or the ISEF and reaching out to students that share our research interests. Perhaps our reluctance to do so stems more from our egos than from fact.

Ultimately, promoting a diverse and inclusive scientific community will improve the quality of science done and help ease the strained relationship between scientists and the public. Doing so means we have to recognize and challenge our biases about who could be part of the team. These are widespread biases that can be difficult for individuals to act against; a well-intentioned researcher may struggle to convince funding agencies to back a project inspired by a high-schooler’s work. Therefore, I’m not pointing fingers, but calling on every member of the community to help change scientific culture.

Perhaps students like Duchesne and Tseng are more the exception than the norm. Yet, when given an attentive ear, their fresh ideas are bound to be well worth any naiveté. The biggest barriers they face in contributing to science may not be their flaws, but their elders.