Throughout our lives, we have been and will be exposed to various vaccinations, injections, and medical devices. It is a given that all these products have been proven to be sterile or safe for us to use. However, it is not commonly known that a marine species plays an integral role behind the safety of all these products.

Horseshoe crab or Limulus polyphemus has been a vital player in pharma and medical device industries as their blood is used to check for bacterial toxin levels in various products. Endotoxin is a toxic substance that is shed by disintegrated gram-negative bacteria. High endotoxin concentration can lead to inflammation that manifests itself as fever, organ failure, sepsis, or even death. 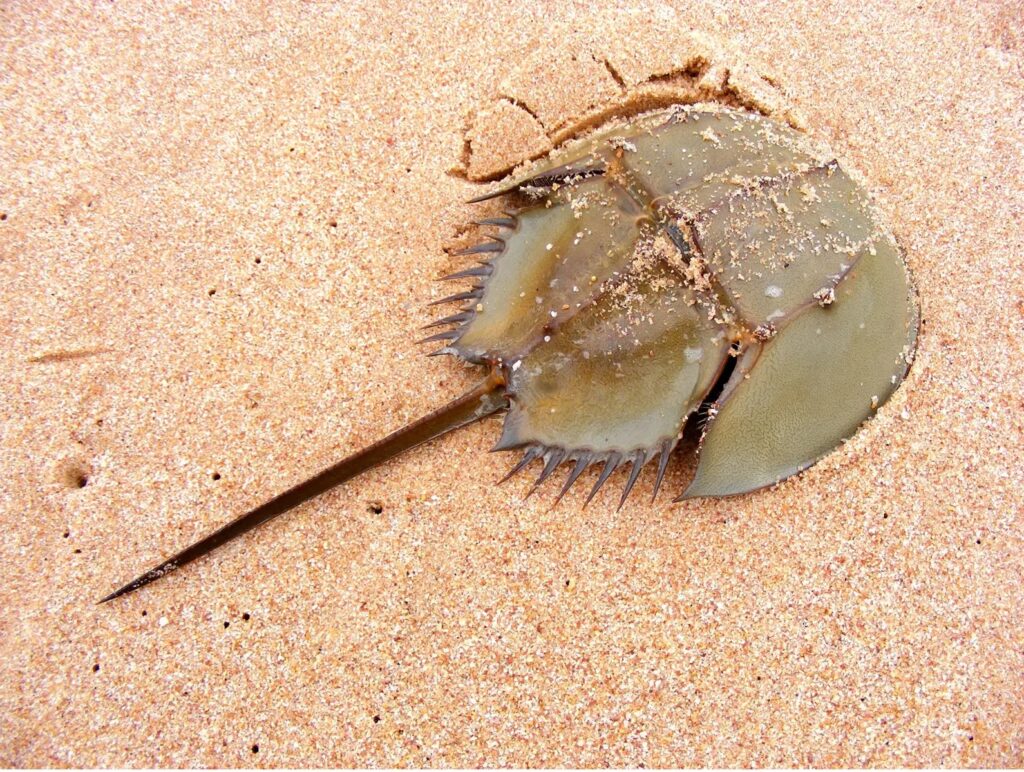 Horseshoe crab has an open circulatory system and no adaptive immune response. However, the fact that they have survived for more than 300 million years proves that their immune system is quite robust! One of their defense systems is the presence of amebocytes in their blue blood. This amebocyte-containing blood coagulates when it comes into contact with bacterial endotoxin and neutralizes the pathogens. The clot prevents the pathogen from infecting other sites of the horseshoe crab.

Scientists use this clotting factor found in the horseshoe crab blood to create Limulus amebocyte lysate (LAL) test. LAL test has been the gold standard in pharmaceutical industries for testing bacterial endotoxin level and has been approved by the FDA since 1983. LAL production consists of collecting horseshoe crabs from the ocean and extracting around 25% of their blood in a facility before releasing them back into the waters. 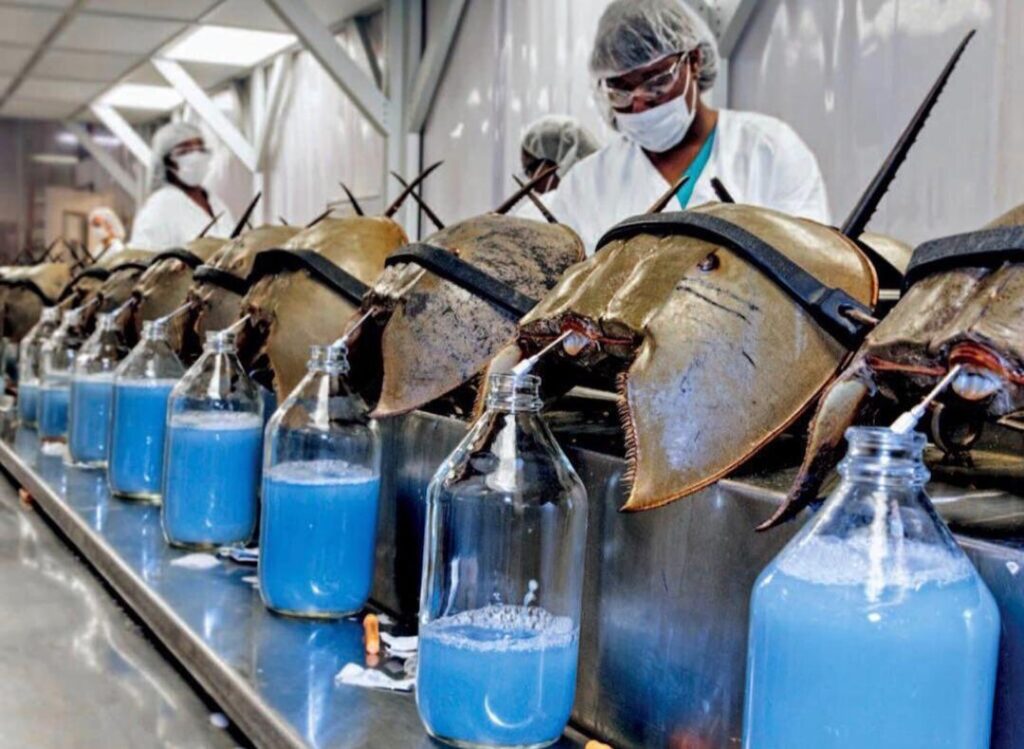 The blue blood of horseshoe crabs is being collected in a facility. Source: reddit

Although LAL tests are crucial, there have been some concerns regarding the sustainability of the horseshoe crab population and the demand for more LAL test production. It is estimated that more than 500,000 crabs along the Atlantic coast are harvested each year to produce LAL tests. Furthermore, it is estimated that around 10-30% of them die in the bleeding process. Blood loss could also have long-term effects on horseshoe crabs, such as loss of fitness and increased susceptibility to infections, which may eventually lead to population decline.

Scientists are looking for ways to alleviate this pressure on the horseshoe crab population. Some alternatives to LAL tests have been developed, such as the recombinant Factor C test and Monocyte Activation Test. However, many are still hesitant to change to these newer assays, partially due to the complex validation process and the need to redesign the manufacturing process if the company decides to adopt new testing methods. Another group has also found a way to do LAL tests using a cartridge with 20x less horseshoe crab material compared to the conventional LAL test. Hopefully, more assays that are as sensitive and effective as LAL can be developed so that the existence of these living fossils can be preserved.