Fever; good for more than just a day home from school 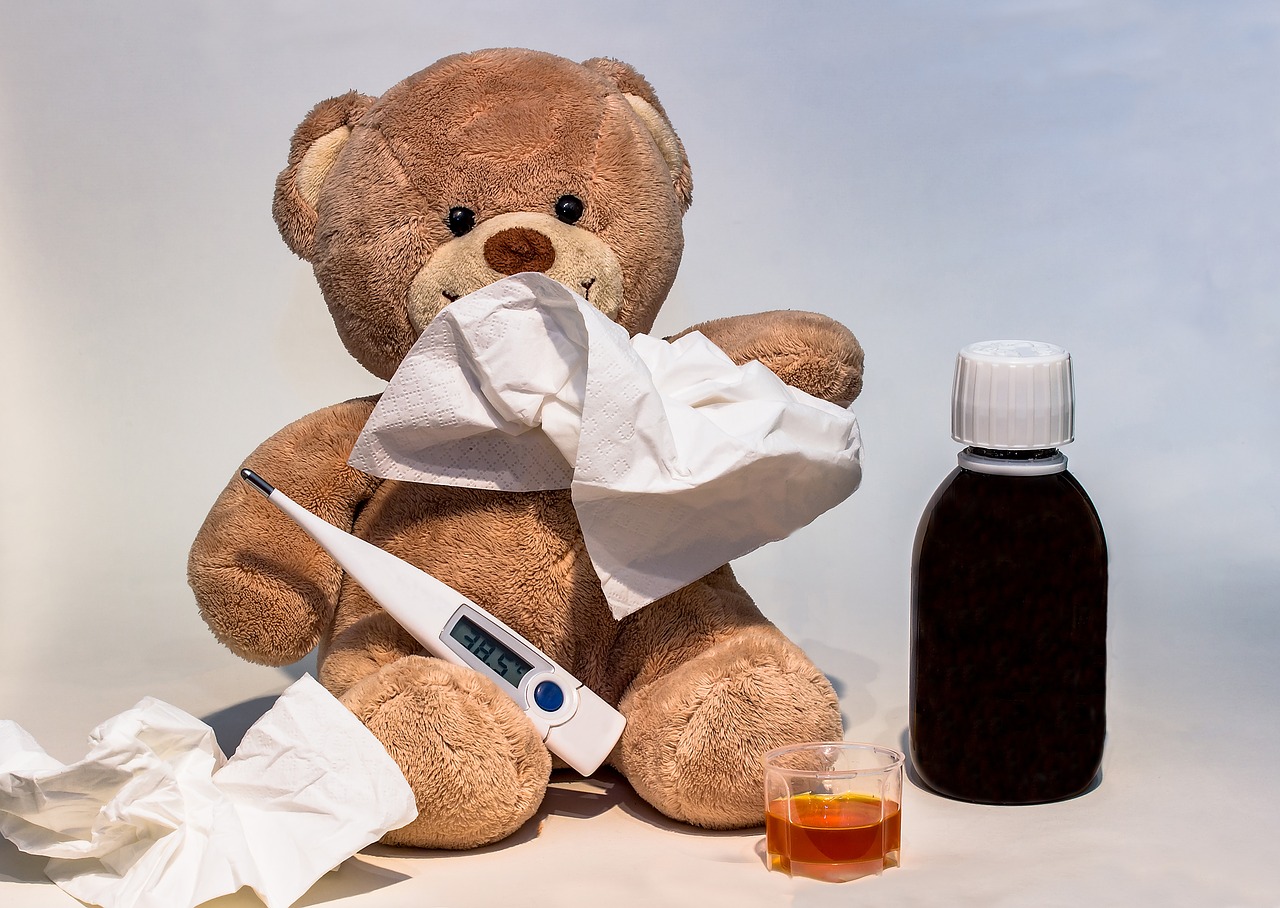 “Mom, I think I have a fever,” was the sure fire way to stay home from school as a young child.  One such instance, my mom put her hand to my forehead and told me to go get ready for school. I walked away wondering how she could possibly know I didn’t have a fever without using a thermometer. I decided it could only be one thing: special mom powers.

Parents and doctors have used fevers to monitor infection for decades; no special mom powers after all. Before the discovery of antibiotics, doctors used high fevers to treat various diseases and medical conditions. Even today, increasing body temperature is a used to treat cancer, in combination with other treatment options. Despite fevers being used to treat infection and cancer for decades, it was only recently that doctors and scientists begun to understand how fever treatment works. A recent study by Lin and colleagues suggests fever may help immune cells, called T cells, find their way to the infected part of the body.

T cells help fight off many different types of infections caused by bacteria, viruses, and fungi, collectively referred to as microbes. T cells are part of the adaptive immune system, meaning each T cell is trained to fight one specific invader. Therefore, during infection, the correct T cell (i.e. the one trained to fight that particular infection) needs to receive the message that there is an invader and then travel to the location of invader in the body.

When you get an infection, your body quickly recognizes there is a foreign invader; a microbe that has lost its way and entered enemy territory (your body). Once an invader is identified, your cells begin making molecules to activate the body’s innate immune system to help fight the foreign invader. Some of these molecules can act like messages that travel all over the body to alert other cells of danger or travel to the brain to cause fever. Another subset of these molecules act as bread crumbs to lead immune cells to the infection battlefield or place where the invader was identified. The first to arrive on the battlefield are innate immune cells. Innate immune cells, in combination with other parts of the innate immune response such as fever, and mucus, use their broad arsenal to try to quickly disarm the foreign invader. However, the meanest of microbes can endure the hottest of fevers, escape the stickiest of mucus, and hinder the most brutal attacks by innate immune cells. In the event the innate immune system cannot fight off the invader, messengers are sent to find the right T cell for the fight. Once the T cell trained to fight the infection is called upon, the T cell travels through the bloodstream, the highway for immune cells during infection, following chemokine breadcrumbs to the infection battlefield.

While traveling on the bloodstream highway, T cells put proteins called integrins on their surface – think of them as the loop part of Velcro (Image 2). Cells that make up the wall of the blood vessel near the battlefield put proteins called adhesion molecules on their surface – these act as the hook part of Velcro. When the T cell is traveling past the battlefield, adhesion molecules on the blood vessel wall will bind the integrins and catch the T cells, like a Velcro tether. This ensures the T cells do not miss the battlefield location (Image 3).

Interestingly, fevers can help with this tethering process to get T cells to the right place at the right time. Fevers increase the number of adhesion molecules lining the blood vessel wall at the location of the infection. This increases the chance T cells will be “caught” as they travel through the bloodstream. The study by Lin and colleagues shows fevers increase the activity of integrins, making them extra sticky. T cells sense the increased body temperature during fever and begin making more heat shock proteins, which are proteins that help protect cells from fevers. It turns out heat shock proteins also bring integrins together as clusters and clusters of integrins are stickier than a single integrin. Going back to our Velcro analogy, imagine the hook side of the Velcro trying to grab onto one small piece of the loop. This bond is not going to be very strong. However, if the Velcro hooks attach to multiple small loop pieces, this bond will be much stronger. Further, clustering of integrins on the cell surface acts as an blinking exit sign on the bloodstream highway, signaling to the T cell to leave the bloodstream, by going through the blood vessel wall, to get to the infection battlefield. Once on the other side of the blood vessel, the T cell can begin to fight the microbial intruder.

Fevers are often thought of as a simple consequence of illness without much thought to their actual purpose. However, the studies of Lin and others show inducing fever is an important and intentional process carried out by the body to improve the immune system’s ability to fight infection. We will never know what a human immune system without fever looks like, but one thing is for certain, without warm foreheads there would be a lot more children at home watching cartoons.

Author: Breanna Turman
Filed Under: Blog
Tags: fever, Immunology, Infection, T cells
I Love Microbiology, and You Can Too
How Your Gut Bacteria May Be Talking To Your Brain