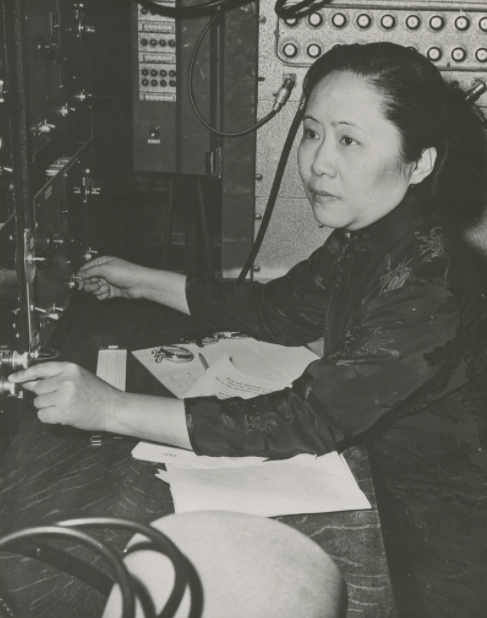 On Christmas Eve 1956, a woman caught the last train to New York in the snow to report experimental results that would alter the landscape of modern physics forever. Although members of the physics community would initially dismiss her results as nonsense, the evidence would soon become incontrovertible, launching many scientific possibilities.

The scientist’s name was Chien-Shiung Wu, and it took her many years of study and perseverance to make this discovery. Starting at a young age, she was quite curious about the natural world. Chien-Shiung Wu’s father, Zhongyi Wu, was an engineer who believed strongly in equal rights for women. He started the first school for girls in his region of China. Chien-Shiung Wu was one of the first girls to obtain a formal education in China. She rapidly outpaced her peers, and proceeded to an all-girls boarding school 50 miles from her home. She continued on to college in Nanjing before traveling across the globe to pursue her graduate degree at University of California, Berkeley, in the US. Not long after her arrival in California, Chien-Shiung learned of the Japanese invasion of China, which affected her family’s hometown. She would not hear from her family for eight long years. After she completed her PhD, she was considered ‘the authority‘ on nuclear fission, according to Robert Oppenheimer. Renowned physicist Enrico Fermi even consulted her for advice on how to sustain a nuclear chain reaction in the making of the atomic bomb.

For decades, physicists had assumed that, there was no way to differentiate left from right according to quantum mechanics. Quantum mechanics is the theoretical underpinning of modern physics that successfully describes the behavior subatomic particles. The assumption that left and right were indistinguishable was known as ‘parity symmetry’. It was naturally appealing, much like symmetries that exist in art, biological organisms, or other natural phenomena, like snowflakes.

Nonetheless, the idea of this symmetry was called into question at a scientific conference in 1956. Within that same year, Chien-Shiung Wu would demonstrate in her lab at NIST that parity was violated for particular types of decays. In other words, these decay processes did not look the same in a mirror. This discovery was far from Chien-Shiung Wu’s only claim to fame.

Wu made many advancements in beta decay, which is the disintegration of a neutron that results in the emission of an electron and another particle called a neutrino. It was eventually with the beta decay of the element cobalt-60 that she ran her famous parity violation experiment. Using a magnetic field and low temperatures, she was able to achieve the parity violation results that turned the world on its head.

Chien-Shiung Wu did not receive the Nobel Prize, though her two male theorist colleagues did. In spite of this oversight, she obtained recognition in other ways. She was the first female physics instructor at Princeton University and the first female president of the American Physical Society (APS). Her success can be partially attributed to her parent’s encouraging attitude towards women’s education. Fortunately, they survived the Japanese invasion during World War II, with her father engineering the famous Burma Road. C. S. Wu ushered in an entirely new era in which other assumed symmetries would be overturned, helping us to more deeply understand the state of the universe that we see today.