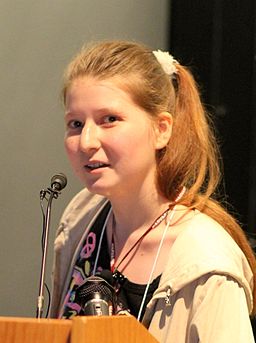 Alexandra Elbakyan will go down in history as the mastermind of Sci-Hub and perhaps as a champion for open access research. Sci-Hub is an online repository of pirated research articles that enables scholars to access millions of articles free of charge.  Elbakyan founded Sci-Hub in 2011 in response to the paywalls guarding many of the articles that she needed for her neuroscience graduate studies. The pirating website provides research article access for a community of scholars who could not afford to access the articles through traditional channels.

As you might imagine, Sci-Hub is surrounded by controversy. The Sci-Hub repository relies on hacked publishing websites or donated institutional login credentials to obtain research articles. You may even consider Elbakyan to be a modern day Robin Hood – robbing the rich publishing giants to provide research articles to those without access, and many scientists have praised her efforts (and even donated to the cause) for advancing open-access research. However, many others (including publishers) view Sci-Hub and research article piracy as ethically wrong, and they have condemned her efforts.

A recent article on PeerJ that is based out of a group from the University of Pennsylvania investigated how extensively Sci-Hub has infiltrated the databases of publishing agencies. According to Daniel Himmelstein, the lead author of the study, Sci-Hub contains 69% of all research articles that exist (based on an estimated 81.6 million articles in total), with coverages approaching 93% for disciplines such as chemistry. What’s particularly fascinating is that the 56 million or so articles are all located within one repository, and they are easily accessed via a DOI (digital object identifier) search bar. The PeerJ article contains more about the extent of Sci-Hub’s reach than can be covered in this briefing, but you can also explore an interactive website about Sci-Hub’s capacity that is associated with the study.

Over the past two years, Elsevier and other major publishing companies such as Springer and the American Chemical Society have been scrambling to counteract the growing influence of Sci-Hub. In June of 2017, a U.S. court ruling was finalized that ordered Elbakyan to pay Elsevier $15 million in damages after a judge ruled that Sci-Hub had violated copyright laws by providing free access to 97% of Elsevier’s articles. The American Chemical Society (ACS) has also filed a complaint against Sci-Hub, who has actually mirrored the ACS website to provide easier access to pirated ACS publications.

If you found this article interesting, check out these other articles for more information on the evolution of scientific publishing, open access and Sci-Hub, and Sci-Hub worldwide usage stats.

Please note: Accessing Sci-Hub is illegal in the United States. The author of this article and the editors of The Pipettepen do not condone the use of Sci-Hub to access research articles. Rather, this article is only intended to provide current scientific news on open-access research.