Earlier this year, scientists from the Belmonte lab at the Salk Institute (La Jolla, CA) reported the first successful grafting of human stem cells into pig embryos. In other words, they were able to merge human stem cells with a nonhuman embryo to create an organism called a chimera. 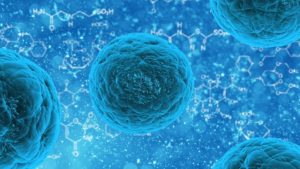 Chimeras usually contain genetic information from two or more sources. They need not be man-made or interspecies; an example of a naturally occurring chimera is a fetus that incorporates genetic information from a deceased twin (a condition known as tetragametic chimerism). But in order to create a synthetic, interspecies chimera, the genetic material from the donor species must be compatible with the host’s genetic material.

For experts in the field of synthetic biology, this announcement may signal the first step towards the goal of growing transplantable human organs in animals. But such research might be contentious, especially when the human genome is involved. Ethical issues, such as the creation of mammals with human-like intelligence or human reproductive organs, are currently at the forefront of debates. Reflecting public and expert concerns, the National Institutes of Health (NIH) placed a moratorium on the use of federal funding for this kind of research in 2015 before lifting it in the fall of 2016. However, privately funded research in this area is unrestricted (such as the Belmonte lab’s work). Thus, the use of synthetic chimera in biomedical research will only continue to grow, and separating the science from the science fiction will be increasingly crucial. 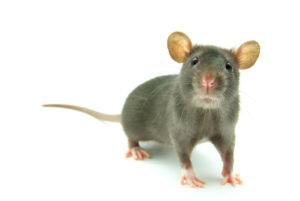 Prior research in 2010 by Kobayashi and coworkers at the University of Tokyo focused on merging pluripotent stem cells (PSC) from rats into mouse embryos. Their goal was to grow a rat pancreas in the mouse host. PSC are ideal for chimera creation as they can turn into a wide variety of specialized cells, which in turn can give rise to organs. However, this method of using PSC to create full organs runs a high risk of randomness – PSC may not become the desired organ.

To get around this problem, Belmonte and coworkers used a relatively new genetic tool, CRISPR-Cas9, to “turn off” the gene in mice that leads to pancreatic development. When the researchers injected the rat PSC into their mice embryonic hosts, they were able to create mice with a functional pancreas. Thus, Belmonte and coworkers were able enrich chimerism for the rat-mouse system, potentially allowing biologists to translate this method to other synthetic mammalian chimeras.

Belmonte and coworkers then attempted to translate their work into a mouse-pig donor-host system, but were unsuccessful due to different evolutionary lineages between the species and gestation times. Taking a step back, the researchers decided to focus on closer mammalian relatives – pig and cattle. Belmonte and coworkers decided to test the viability of human PSC (hiPSC) towards generating human-animal chimerism. They developed specialized hiPSC and implanted these cells into pig and cattle embryos. The researchers found that a very low amount of human cells were incorporated into the embryos (approximately 1 in 100,000 cells). With these results, they concluded that the current method for generating human-pig chimeras is highly inefficient.

Consequently, this method is unsuited for the construction of human-like organs. The organs harvested from the pig hosts were, essentially, pig organs. They contained a high percentage of animal tissue, despite the incorporation of human cells. Using these organs in humans would very likely lead to organ rejection. Belmonte and coworkers hypothesized that a large evolutionary distance between humans and pigs may be responsible for the difficulties with this system, citing the relatively close genetic lineages between mice and rats as being crucial to the success of the mouse-rat chimera. Since the gestational differences between human and pigs are vastly different (9 months vs. approximately 112 days respectively), the embryonic cells may be developing at different rates, potentially leading to lower hiPSC counts. However Belmonte and coworkers plan to apply the CRISPR-Cas9 technique toward the human-pig chimeras to boost the presence of human cells.

Individuals troubled by the ethics of synthetic chimeras can breathe easy for now, as fully functional human chimeras still exist in the realm of science fiction. But as research in this burgeoning field continues, science fiction may very well become fact. However, given the difficulty of moving from rat-mouse chimeras to human-pig chimeras (a process that took 10 years), applications of this basic research may take some time to realize. Nevertheless, it is crucial for the scientific community and the broader public to be informed and to communicate on this piece of exciting science.