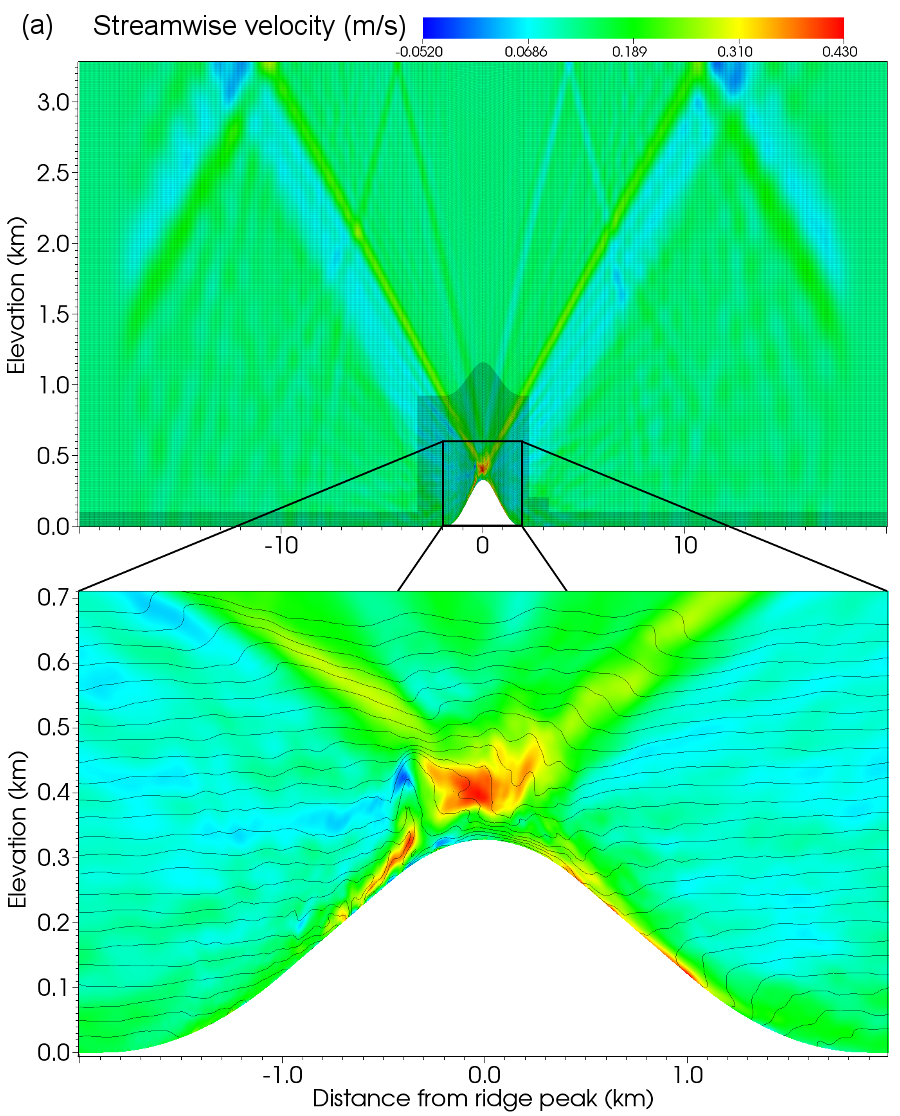 It is well known that the Moon is responsible for the tides on Earth. The effects of the tides at the Earth’s surface are predictable, but the effects of tides deep beneath the ocean’s surface are not as well understood. Ed Santilli, who recently received his PhD in Physics from the University of North Carolina at Chapel Hill, is attempting to address this question.

As the tides drag water over the bottom of the ocean, sloped regions can cause what are known as internal waves to form. These waves do not form on the surface of the ocean like the waves used for surfing; instead, they form entirely under the water. Just as surface waves form in the interface between air and water; internal waves form in the interface between heavy and light water. As internal waves move through these layers, turbulence can cause particles to escape from one region to another. “It’s like stirring creamer into your coffee,” Ed explains. The spoon in this case is the internal wave, moving through your coffee and creamer, creating turbulence where the two substances meet. With enough stirring, the two substances mix together. These internal waves are important to many aspects of ocean science, from the transport of nutrient-rich water to the trapping of CO2 in the ocean’s depths.

Ed has developed a computational model that can accurately describe the formation, movement and fate of internal waves in three dimensions. He uses simplified models of the seafloor where nutrient-rich water is trapped until turbulence from internal waves moves the nutrients to shallower depths. First, water with a known amount of energy is entered into the computer model of the seafloor. Then, the simulated water is allowed to flow over the modeled terrain, which generates internal waves of various sizes. Finally, his model follows these waves and records their energies as they move throughout the ocean until they dissipate. The measured energy gives scientists an idea of how much material or how many molecules could be moved by a particular internal wave.

A potential application for Ed’s models involves understanding how the carbon cycle is affected by these internal waves. The surface layer of the ocean is able to exchange and store CO2 and other carbon molecules from the atmosphere; however, what remains puzzling is how so much carbon is stored in the very deep ocean. Some of this carbon occurs naturally from settling erosion and organic materials, but this is not enough to explain the impressive amounts of carbon that have been measured at such depths. Internal waves are one way that CO2 can be moved between the surface layer of the ocean to much larger depths.

From deep ocean mixing of organic molecules to bringing nutrient-rich material to shallower regions, the Moon’s gravitational influence on the Earth goes deeper than previously thought. Marine life in coastal areas such as the Massachusetts Bay depends on the internal waves generated by tides. So the next time you’re enjoying some bluefin tuna, thank the Moon.

Follow us on social media and never miss a UNC Science Research article: