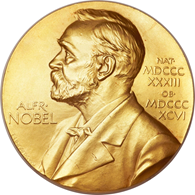 Evolution, the process of gradual changes to genetic information in each generation over millions of years, proposed by Charles Darwin in the 19th century is being revolutionized by modern science. Unexpectedly, the revolution is driven not by evolutionary biologists or ecologists, but rather centered around the methodologies of chemists and enzymologists.

Accumulation of mutations is a slow and random process. However, scientists were able to harness the power of evolution to identify and select for specific mutations that improve the ability of molecules of interest. This year’s Nobel Prize in Chemistry was awarded to Dr. Frances Arnold “for the directed evolution of enzymes” and to Dr. George Smith and Dr. Gregory Winters “for the phage display of peptides and antibodies.”

Dr. Arnold was able to develop a methodology to enhance enzyme activity and give existing enzymes new functionality, a feat that was realized in unprecedented amount of time. She was able to accomplish this by simply using error prone PCR to cause mutations in enzymes and then selecting one with favorable ability compared to the many enzymes produced. Repeating the cycles hundreds of times enhancing the functionality of the enzyme each time, allowed her to develop P450 with novel function.

Dr. Winters then incorporated the antibody gene rather than a specific protein into the viral coat. This allowed him to scavenge for antibodies with a specific binding site via interactions with different antigens. Using a similar method to Dr. Arnold, he caused mutations in the antibody, and selected for the antibody with highest affinity to the antigen. The results were highly efficient antibodies and a mechanism that is used to produce 11 out the 15 most-sold drugs on the planet.