Why do we get stuck in information bubbles? What psychological processes are involved? How can you burst your bubble?

“If Republicans are talking only with Republicans, if Democrats are talking primarily with Democrats, if members of the religious right speak mostly to each other, and if radical feminists talk largely to radical feminists, there is a potential for the development of different forms of extremism, and for profound mutual misunderstandings with individuals outside the group.”

Cass Sunstein made this comment in his book about the hazards of the internet, Republic.com, published in 2001. 2001! That was before the invention of Facebook, Twitter, Instagram, or Tumblr. Over the past couple of decades, Sunstein’s prophetic statement has come true, and then some.

The recent rise of social media and online news sources has caused Millennials and Gen Zs to be the scapegoats for what really is, and always has been, an (almost) universal human phenomenon. Everyone lives in a bubble. People tend to expose themselves to facts and opinions that align with their worldview, and avoid information that is incongruous with their beliefs. These days, we’ve automated the process with efficient algorithms that learn to feed us only what we like—but the algorithms are hardly at fault. Social scientists and communication researchers have revealed multiple processes that help us create and sustain our bubbles.

These processes can be broadly divided into two categories: selective exposure and selective processing.

Researchers in Germany, Austria, and the Netherlands measured participants’ eye movements as they simultaneously viewed political ads that were either neutral or consistent with their views. Desirée Schmuck and colleagues found that liberals spent more time looking at liberal ads and conservatives spent more time looking at conservative ads, compared to the neutral ads. This provides support for selective approach—participants appeared to gravitate toward information that was in agreement with their attitudes and beliefs.

The researchers also measured selective avoidance by placing politically neutral and inconsistent ads next to each other. If participants preferred looking at the neutral ads, this would suggest that they also engage in selective avoidance. This was true for the conservative participants—they avoided looking at liberal ads, preferring to view the neutral ones. Liberals, on the other hand, showed no preference between the conservative and neutral ads. These results align with findings by researchers at NYU, who asked participants to write an essay in support of a politician on the other side, and found that conservatives tended to avoid dissonance more than liberals. However, researchers at the Universities of Winnipeg and Illinois found no differences between liberals’ and conservatives’ tendencies to avoid exposure to differing views. For example, they found that people who supported or opposed same-sex marriage both gave up the opportunity to win money to avoid learning about the opposite position.

For some people, merely approaching congruous information and avoiding incongruous information is insufficient to protect their worldview. These people believe it is important to silence others. They think that “it is not only legitimate but also important and necessary to tell other people to refrain from expressing their political views’’ (Tsfati & Dvir-Gvirsman, 2018). People who endorse this view reacted to online comments to a news article by expressing a desire to have the comments deleted from the platform.

Selective processing refers to the biases in the way people engage with information that goes against their beliefs. Political scientists Charles Taber and Milton Lodge from Stony Brook University explored three mechanisms that contribute to selective processing:

The researchers asked participants about their positions on affirmative action or gun control, then the participants read arguments in favor of, or in opposition to, the issues. The arguments were matched in strength. The participants displayed of all three mechanisms: they viewed arguments in their favor as stronger, spent more time reading counterarguments (and later reported spending that extra time trying to come up with counters to the counterarguments), and became more entrenched in their original views, despite reading both the pros and cons.

Who is most likely to engage in selective processing?

In their analyses, Taber and Lodge also examined how these processes differed as a factor of how strongly people felt about the issues, and how politically knowledgeable the participants were. The researchers found that those who held the strongest positions, and those who were the most knowledgeable, tended to be more prone to selectively process information. This is likely because the more moderate and uninformed participants lacked “the motivation and ability to engage in attitude defense.”

On the bright side

It doesn’t have to be. In line with the positive psychology movement, researchers have also studied all of the ways we get it right.

These involve factors such as Actively Open-minded Thinking (actively seeking out new possibilities and a variety of evidence and alternate arguments), Intellectual Humility (recognizing the limits of one’s knowledge and appreciating others’ intellectual strengths), Need for Cognition (engaging in and enjoying thinking), Open-Minded Cognition (the willingness to consider various intellectual perspectives, even those that contradict one’s own), Openness to Experience (being broad minded, imaginative, curious, unconventional, and socially tolerant), and more. While people do tend to exhibit biases in accessing and processing information, there are plenty of personality traits and situational circumstances that can help protect against these biases. 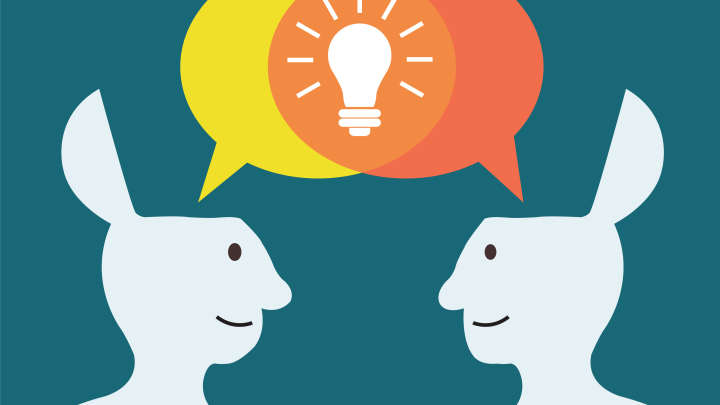 What can you do?

Living in a bubble is nice. It feels good. That’s why we do it. Ice cream is also nice, but it would still behoove you to eat some vegetables once in a while. Most people want to have healthier information diets, but many struggle to do so, as it is so easy to only consume one type of information—the type that agrees with us.

Fortunately, there are services that can help. The Flip Side is a daily email news aggregator that provides concise summaries of political analysis from both conservative and liberal media. If you want to go more in-depth, there are other services out there: OneSub, Nuzzera, and AllSides, just to name a few. Once you’ve gotten exposure to diverse opinions, it is important to remember the tendency toward selective processing. Try to read all the information critically, not just the opposing view. To that end, OpenMind is an interactive platform “designed to foster intellectual humility, empathy, and mutual understanding across a variety of differences.” However you decide to go about it, I hope learning more about the mechanisms involved in creating our bubbles has inspired you to try to burst your own.