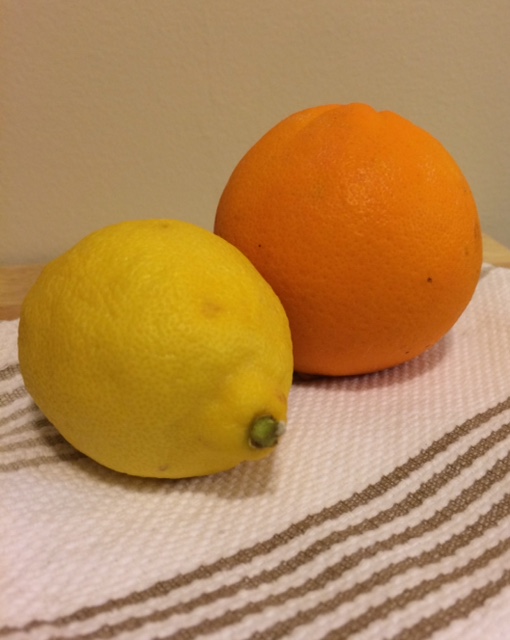 To understand the concept of mirror image molecules, we can consider our left and right hands. Both hands are made of the same components, including the palms, fingers, and knuckles, which are connected in the same order on each hand. Additionally, the shape of each hand is a mirror image of the other (observe this fact by looking at both of your hands out in front of you with the palms facing each other). However, our hands are also considered to be non-superimposable, meaning they can never perfectly line up when both palms are facing the same direction. Just like our hands, molecules can be non-superimposable, mirror images of each other. When two molecules demonstrate this relationship, they are referred to as enantiomers. Conventionally, to distinguish between these two molecules, one is labeled with the letter R and the other with S (in some cases, the letters L and D are also used).

With this basic overview of a fundamental concept in chemistry, we can now consider how pairs of incredibly similar-seeming molecules can differ so greatly in their function and how those differences impact our lives in a variety of ways! Though enantiomers are simply mirror images of each other, they can trigger very different responses in the human body.

The refreshing scent of citrus fruits doesn’t often bring to mind the subtleties of chemistry. Amazingly, however, a single molecule is responsible for the scent of both lemons and oranges. The next time you notice the fragrant event of your coworker peeling an orange, you can thank the molecule R-limonene for filling the room with the citrus aroma. Lemon-scented household cleaners likely contain the enantiomer molecule, S-limonene, which gives the fruit its fresh scent. Less apparent is the connection between spearmint leaves and caraway seeds. The spicy fragrance of caraway is the result of S-carvone while R-carvone is the source of the unmistakable, refreshing scent of spearmint.

The nose is not the only part of the body affected by the different properties of pairs of enantiomers. When it comes to our diets, the human body processes enantiomers of sugars differently. L-Sugars are often used in the world of diet foods as low-calorie sweeteners. The L-enantiomers of the sweet crystals are equally as flavorful as the D-enantiomers, however the body only digests D-sugars while L-sugars are left to pass straight through the body (though this efficient expulsion from the body is often viewed as a negative side effect to utilizing these molecules as sweeteners).

Some food connoisseurs may argue that the effect of enantiomers on taste and scent are their most striking influence, but the nature of these pairs of related molecules also has a profound effect in medicine. There are several examples of cases in which one enantiomer of a molecule is an active drug (medication that demonstrates the desired effect) while its mirror image molecule has no effect on the body at all. In cases with more substantial consequences, the opposite enantiomer of the active drug may have an adverse effect and ultimately cause more harm than good.

When a splitting headache forces you to reach for a bottle of ibuprofen, what you are actually consuming is a mixture of both R– and S-ibuprofen. In this case, S-ibuprofen is the active enantiomer of the drug that leads to pain relief. R-Ibuprofen, although present in the pill, simply has no effect on the body. In such a case, it is not necessary to ensure that the undesired enantiomer is removed completely from the medication. However, the same cannot be said for the pain relief medication known as naproxen, sold under the brand name Aleve. S-Naproxen will cure your backache, but R-naproxen presents a danger as a liver toxin.

The subtle yet consequential differences between enantiomers of medication extend beyond that of over-the-counter pain relievers. Ethambutol is a drug prescribed to treat tuberculosis. Special care must be taken to ensure that the medication contains only S-ethambutol, as R-ethambutol causes blindness. Similarly, L-DOPA is used for the treatment of Parkinson’s disease while D-DOPA can decrease the white blood cell count of a patient and lead to an increased risk of infection, creating a new problem for the patient all together.

Perhaps the most infamous case of drug enantiomers causing a medical disaster occurred with thalidomide. In the late 1950s, the drug thalidomide was used in Germany as a sedative that worked efficiently to treat morning sickness in pregnant patients. While R-thalidomide demonstrated this desired effect, exposure of pregnant women to S-thalidomide caused devastating malformations in developing fetuses. The widespread use of thalidomide led to thousands of babies being born with severe limb deformities and very short life expectancies. Sadly, even medicating the women with only the R-enantiomer would not have avoided this disturbing outcome due to the fact that the body is actually capable of converting R-thalidomide to S-thalidomide. As a result of the thalidomide case, a significant amount of attention has been placed on studying the influence of different enantiomers on the body and has led to more intense drug regulation worldwide.

While some enantiomer combinations can lead to unique aromas, others have greater consequences associated with human health. In both cases however, it is truly remarkable how influential the difference in the 3D arrangement of atoms in a molecule can be. These non-superimposable, mirror image molecules have proven to be a curse and a blessing in chemistry and their unique characteristics dictate our experiences when interacting with them, even affecting our own personal health.