Honoring the life of Dr. John Horton Conway who passed away due do COVID-19 this April. 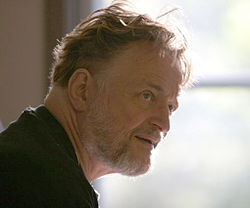 John Horton Conway famously known for creating Conway’s Game of Life, a simple experiment with four rules that creates cellular automation on a piece of paper. Conway’s Game of Life was developed in the 1970s before the use of personal computers, and it laid the foundation of using game theory in modelling biological events. Evolutionary game theory is used to model how populations change over time. It is used beyond biology by economists, sociologists, and political scientists to characterize and predict human behavior. However, Conway’s Game of Life was only one of many games developed by the legendary mathematician.

Conway was active in the field of game theory, specifically combinatorial game theory. In game theory, mathematicians try to determine the best possible strategy in turned-based two-player games. Exemplary uses of game theory can be found in games like chess, checkers, and go. He created games like philosopher’s football (phutball), Angels and Devils, and Conway’s Soldiers.

Each new game is simple enough to understand that anyone could play at home, yet built upon layers of strategy. Phutball being similar to the board game Go, while Conway’s soldiers being about checking checker pieces over an imaginary line. Nothing too hard right?

Known for spending hours playing games with students, his fame started in 1968 when he determined all 8 x 10^19 symmetries of the Leech lattice, an arrangement of points in 24 dimensional space. Having started his career at the University of Cambridge before becoming a professor at Princeton, he was no stranger when it came to overcoming obstacles, yet he still found ways to uplift those around him.

Named a Fellow of the Royal Society and distinguished professor at Princeton University, Conway had a reputation of being eccentric. Giving lectures with only one syllable of words or balancing objects on his chin during class, Conway was passionate, enthusiastic, and a little mad. He would spend days just creating and playing games. Sometimes, he would enlist his graduate students to help him create 10 games a day.

With the global pandemic still raging, Dr. Conway passed away at the age of 82 due to complications related to COVID-19 this April. He was passionate about math and games, creating new problems and uncovering new unanswered questions. Only recently,a question posed by Conway 50 years ago was solved by a graduate student at the University of Texas at Austin. Dr. Conway leaves the world amid chaos, and social distancing. However, he showed that games are not only good for the soul, but with a little creativity can push human boundaries.