There is a preventive daily medication for HIV, have you heard of it? Click to read more about HIV PrEP, just one step in the fight to end AIDS.

I recently returned from a trip where I visited an old friend from college. We reminisced about our younger days, and discussed new responsibilities, including taking care of our health and wellness. One thing I learned, which I was surprised that I had now known before, was that many people are taking medication to prevent human immunodeficiency virus (HIV), an infectious disease that affects millions around the world. Many of us are familiar with vaccines for prevention of viral infections; however, we currently do not have vaccines for all viruses, including the currently incurable pandemic, HIV. As a scientist, I was naturally curious about how this preventive medication worked, why I had not heard of it, and why more people were not taking it.

One of the most popular preventive HIV medications is called Truvada and is used for PrEP, or pre-exposure prophylaxis. PrEP, in the case of HIV treatment, involves treating people who have not yet been exposed to HIV with antiviral medications to prevent infection. PrEp, while still working to prevent the spread of disease, works differently than a vaccine.

Vaccines work by training the immune system to recognize a particular pathogen and then destroy it should it ever enter the body, thereby providing a person immunity from contracting a particular infectious disease. PrEP is a way to prevent HIV infection, but it is not a vaccine, it is a pill that must be taken daily. Truvada, the most common PrEP medication for HIV, contains two active ingredients: emtricitabine and tenofovir. Both of these compounds are within a class of molecules called reverse transcription inhibitors. This means that if present in the body during infection by HIV, these compounds will prevent the reverse transcription of the HIV viral RNA (genetic material)  into DNA, which is a way that HIV spreads throughout the body. These two molecules do not stay within the body permanently, instead they are partially processed by the body and eventually excreted, primarily in the urine. For this reason, it is necessary that PrEP medications be taken everyday for HIV prevention.

Although evidence shows that PrEP treatment is safe and that the benefits outweigh the adverse effects and risk, the majority of people at-risk of acquiring HIV do not take this preventive medication. The CDC estimates that there are nearly 1.2 million people at high risk of acquiring HIV in the US alone. In 2016, there were only 77,000 people within the US that were taking PrEP for HIV prevention. The number of people in the US on PrEP has grown to 225,000 in 2018, but numbers still remain low in other countries, including sub-Saharan Africa. PrEP is a proven way to reduce HIV infection, so why are high-risk individuals not taking this preventive medication that is one step in the fight to end AIDS? 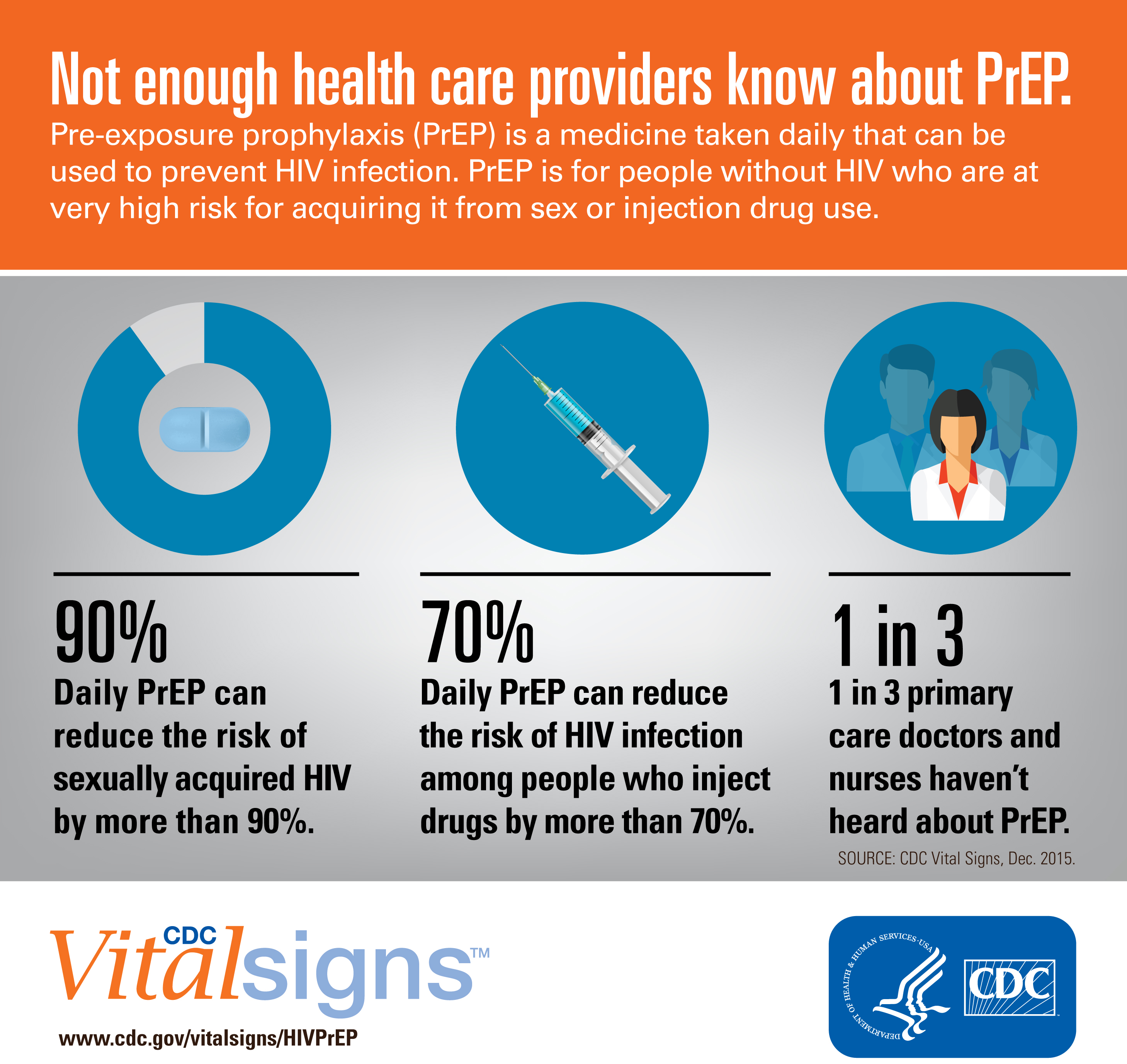 Upon further digging, there are numerous personal, political, and cultural reasons that prevent the use of PrEP worldwide. One explanation is that, like me, people may not even know about PrEP. In addition to the general public, this also includes doctors and nurses. In 2016, only one in three primary care doctors and nurses knew about PrEP and some are hesitant to prescribe it. Some people simply do not want to take a pill everyday, but this problem may soon be mitigated by the development of an implant for prolonged release of PrEP medication. Another common obstacle when taking a preventive medication is cost, however, most insurance plans cover PrEP and Gilead, the manufacturer of Truvada, offers a medication assistance program. Besides accessibility, governments that are more conservative, such as those in South Africa, are hesitant to promote PrEP use making it difficult to increase awareness and incorporate it into sexual education classes for teens.

There are many obstacles to worldwide use of PrEP for HIV prevention, with one simply being awareness of the treatment. Many are unaware of its existence. This medicine can reduce the total number of new HIV cases per year and is just one step towards the eradication of AIDS. The world has already progressed enormously in the fight against HIV/AIDS and we are now focusing not only on treatment, but also on prevention. The first step in this process of prevention is awareness and education. To learn more, see the implementation tools developed by the World Health Organization, find out if you are a high-risk individual, explore what you can do to prevent the spread of HIV, and let’s reduce the stigma around HIV.