A supplement named NeuroActiv6 claims to improve brain function and may improve conditions ranging from ADHD to depression. This article reviews the science behind these claims and discusses how the ingredients might help brain health. 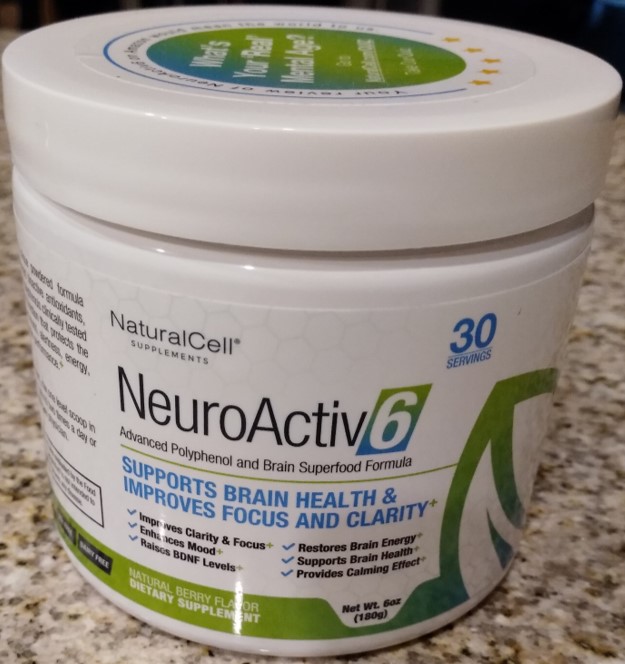 I get tired all the time. And not just normal tired…more like I tied 50-pound weights to each limb and then tried to move throughout my day. This is even after I sleep 8 hours a night during the week and 10-12 hours each day on the weekend. So, when a family member suggested that I try taking a new supplement called NeuroActiv6 to help my fatigue, I decided that it couldn’t hurt. But since I’m a scientist trained in nutrition, I was skeptical. Could a supplement really improve my energy levels and decrease my sleepiness? 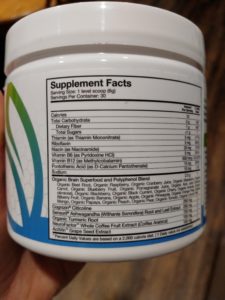 After one week of taking NeuroActiv6, I felt an improvement- I slept less but had more energy than before, and my thinking was clearer. I also heard stories from friends and family that NeuroActiv6 had improved symptoms of their health conditions. Although I was impressed by these testimonials, I decided to check out the science behind NeuroActiv6.

These are pretty general claims. What research supports these claims? To answer this, we need to look at NeuroActiv6’s ingredient list.

B vitamins. It is well-established that B vitamins increase energy, both in the brain and the rest of the body, since they help turn the food that we eat into energy that our bodies can use. B vitamins are linked to improved brain energy (claim 2), elevated physical energy (claim 5), and reduced cognitive decline (claim 6). However, B vitamins increase energy and reduce cognitive decline only when someone is already deficient in one of the B vitamins, and not when someone consumes enough B vitamins. Most Americans are not deficient in the B vitamins, although some groups may be at risk for one or more deficiencies, including the elderly, vegans, alcoholics, and people with portions of their intestines removed.

Organic Brain Superfood and Polyphenol Blend (i.e. fruit and vegetable extracts). Fruits and vegetables contain many compounds that are collectively called polyphenols. Polyphenols are compounds that occur naturally in plants and are protective against brain degeneration (claim 6), heart disease, and some cancers. Polyphenols act mostly as antioxidants, which can help prevent cell damage (claim 4), but they can also have anti-inflammatory properties, which can improve cognitive functioning (claim 2). The term “polyphenol” refers to 4000+ different compounds, with more than one polyphenol present in most fruits and vegetables. Each polyphenol may have different functions in the body, which emphasizes the importance of eating a varied diet. NeuroActiv6 has 26 different fruit and vegetable extracts, which contain hundreds of polyphenols. However, these polyphenols may not be easily absorbed from this supplement, since many polyphenols are more bioavailable after cooking, and this supplement is not cooked. Furthermore, storage can impact the amount of polyphenols present, and this supplement may be stored for a long time.

Turmeric. Turmeric has gotten a lot of press recently, with reports suggesting that turmeric can improve outcomes ranging from depression (claim 3) to diabetes. Turmeric appears to improve brain function in people who have had strokes or who have Alzheimer’s disease by protecting existing neurons from damage and increasing the creation of new neurons (claims 2,4,6). Studies are testing the effectiveness of turmeric in brain diseases such as Alzheimer’s, Parkinson’s, multiple sclerosis, and aging. Although a clinical trial has shown that turmeric is safe, most of the studies that link turmeric to positive health outcomes have been in cells or in animals, and more research is needed to show that it is effective in improving brain health in humans.

Citicoline. Research in humans finds that citicoline improves attention (claim 1) and memory (claim 2) and increases the amount of energy available to the brain. Recent studies suggest that citicoline might be most helpful in slowly progressing diseases, such as mild cognitive impairment, rather than being effective for all brain injuries. Most of the studies on citicoline have been conducted in humans as double-blind and placebo-controlled research, which means that they are the gold standard of research studies.

Ashwagandha. This root can enter the brain and protect against oxidation and inflammation, which means that it can be protective against neurodegenerative diseases. Ashwagandha can also promote the formation of new neurons, prevent the death of existing neurons, and restore cellular energy levels (claims 1,2,4,6). It appears to do this mostly because it increases the production of antioxidant enzymes and proteins that protect the brain from damage (however, this research has been done in cells and not in humans). Ashwagandha is also safe in clinical trials, suggesting that it may be an effective component of NeuroActiv6.

Coffee fruit extract. This is different from a cup of coffee that you might drink, and it does not contain caffeine. It increases the levels of a protein called BDNF that promotes the survival of neurons and ultimately modulate learning and memory. However, this study only looked at levels of BDNF in subjects’ blood, and this may not be the same as increasing the levels in their brains (which can’t be studied in humans who are alive). More research is needed to say whether coffee fruit extract can increase BDNF in the brain where BDNF functions.

Grape seed extract. The main effect of grape seed extract is that it is extremely antioxidative and prevents damage to cells, which may improve mental functioning and delay neurodegeneration (claims 2 and 6). It is effective as a neuroprotectant in situations of high fat diets, toxic chemicals, and stroke. However, all experiments on this extract so far have been on animals, so in the future, clinical trials are necessary to support the apparent benefits of grape seed extract on brain health.

Based on research studying the individual ingredients in NeuroActiv6, the six claims the company makes are generally supported by the research. However, most of the research has been conducted in cells or in animals, and not in humans, and the studies that were conducted in humans were small. Furthermore, just because a compound has a property (like antioxidative capacity) does not mean that it can act that way in the brain or is beneficial to brain functioning. Although NeuroActiv6 does not seem to overstate its potential benefits, no research has investigated NeuroActiv6 as a whole supplement, only individual components. Research investigating NeuroActiv6 as a whole will show whether the ingredients interact with each other or alter the effects of other ingredients. The best way to investigate NeuroActiv6 is to use the gold standard in scientific research- a randomized, placebo-controlled, double-blind study. This is a study where people volunteer to join the study and then are randomized to either receive NeuroActiv6 or a control that has none of the same components and is benign. The people in the study don’t know which group they have joined, and the researchers don’t know either (the groups are recorded somewhere and are revealed when the study ends). Then, the people see if they feel better within the next few months. This would indicate whether NeuroActiv6 is as effective as it seems to be.

One last thing to mention is that supplements are not reviewed by the Food and Drug Administration (FDA) unless the supplement has a problem. This means that no one outside of the company that sells NeuroActiv6 has validated any of the claims that they make. Most of the ingredients within NeuroActiv6 are safe for the general population, so it is likely fine for most people to consume. However, some of the components may harm certain populations, such as pregnant women or people taking certain medications, so it is always good to talk to a doctor before taking any supplement.

Given the research on components in NeuroActiv6, I would say that the claims are at least partially substantiated by the research, and it might help people with issues relating to their brain function. However, research should investigate whether the whole supplement is as effective as it seems to be.

* Disclaimer: I did not receive any compensation or free supplements in exchange for writing this article. Everything I wrote is of my own accord and based on scientific research. I am not a doctor or medical professional, and I cannot recommend supplements to anyone. Please talk to your doctor before beginning any supplemental regimen.

2 Replies to “Supplement your way to a better brain? Fact-checking a nutritional supplement”